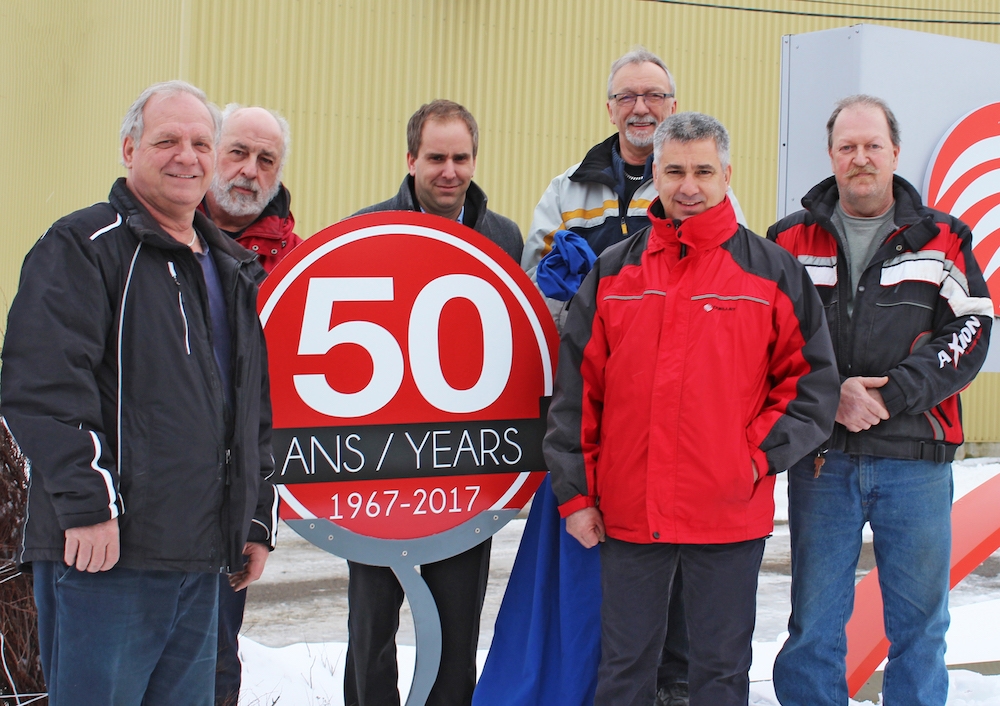 February 9, 2017 – “This is a historic moment […] We want to recognize it throughout the year, and we will therefore be organizing celebratory events every month,” said Martin Beaulieu, president of Ouellet Canada, which is celebrating its 50th anniversary this year. Congratulations!

To kick-off the celebrations, Ouellet’s CEO Louis Beaulieu unveiled the company’s new 50th anniversary sign in front of the company’s head office in L’Islet, Que. For the occasion, he was accompanied by five of the plant’s longest-serving employees.

“I want our employees to be at the heart of the celebrations, because the company’s success over the years is down to them,” explained Beaulieu.

According to Ouellet’s website, Charles-Émile Ouellet began manufacturing residential warm-air heating equipment in a workshop next to his home in 1960, but the company was not incorporated until 1967.