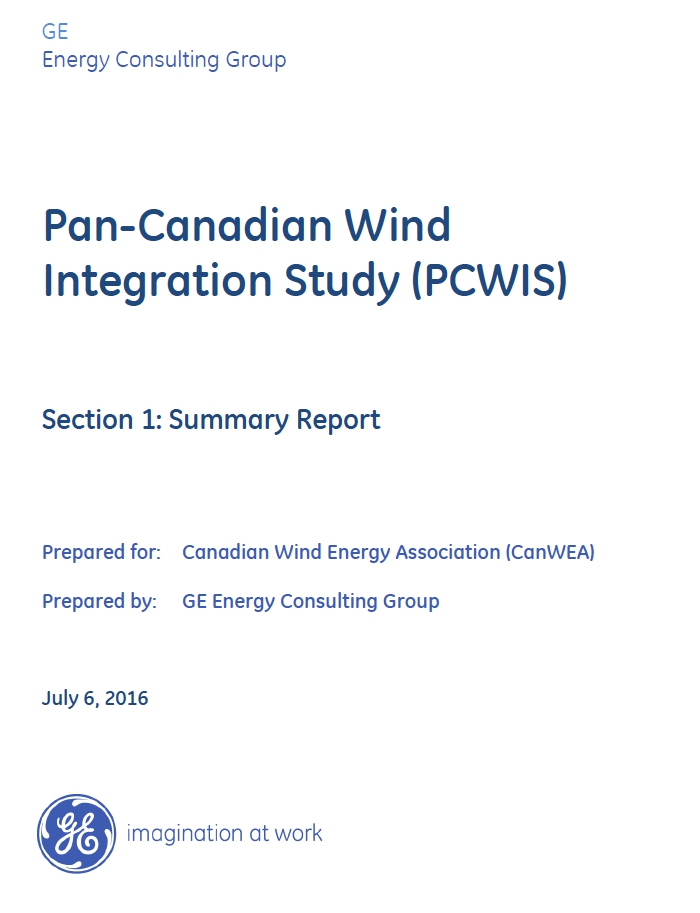 July 12, 2016 – Canada can get more than one-third of its electricity from wind energy without compromising grid reliability, says a recent integration study issued by the Canadian Wind Energy Association (CanWEA).

The association says the Pan-Canadian Wind Integration Study (PCWIS) is the first to take a “detailed national, system-level look at the production costs and benefits of high wind energy penetration in Canada”, and helps identify potential operational challenges and the most efficient solutions.

The study considers four pan-Canadian scenarios with wind energy supplying between 5% and 35% of the country’s forecast system load in 2025, including power flows across the border. The analysis concludes that 20% and 35% wind penetrations can be achieved in a “reliable and efficient” manner.

With respect to the estimated cost of new transmission tie-lines between provinces and between Canada and the U.S. needed to accommodate high penetrations of wind, the study shows costs would be recovered within a few years. As well, the additional backup generation required to balance wind energy’s variability is shown to be modest, amounting to a “small fraction” of total wind generating capacity.

The economic benefits of the wind resources in the study scenarios have two components. Firstly, there is a reduction in production costs in Canada as a result of displacing thermal generation, which has fuel costs to consider. Wind energy that has no fuel costs. Secondly, there are revenues from increased exports to the U.S. The study did not quantify investment costs of new generation or its interconnection.

“While the benefits of wind energy are widely known, this nearly three-year-long project helps provide decision makers with insights into how those benefits can be most efficiently realized,” said Bahman Daryanian of GE Energy Consulting Group, who was the study’s technical director and project manager.

The PCWIS was co-funded by CanWEA and Natural Resources Canada (NRCan), through the ecoEnergy Innovation Initiative. Environment and Climate Change Canada provided data and modeling input.