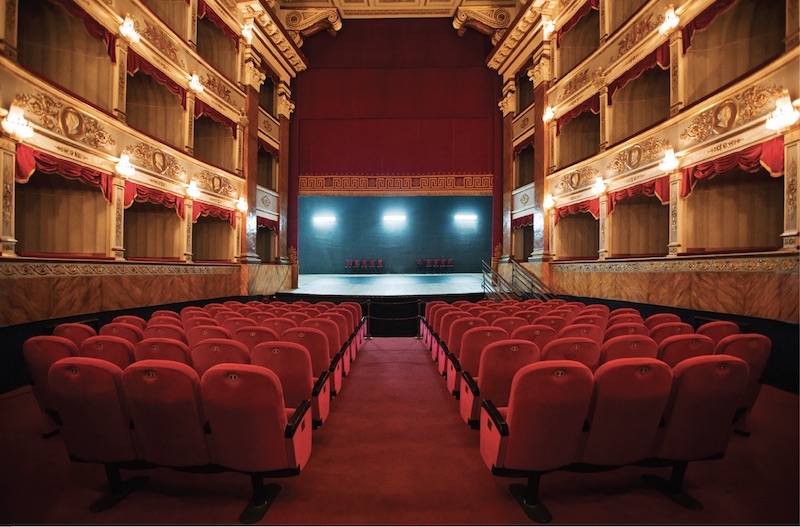 September 15, 2017 — For live indoor stage theatre events, it is extremely important that the audience clearly hears the performance. These days, many performers use very small, portable wireless microphones. Their musical equipment—violins, guitars, pianos, etc.—are also equipped with these microphone-type devices.

At one particular 800-seat live stage theatre, it was almost impossible to book performers to come. Why?

It would appear that word had leaked out via online communities that this particular theatre had the curse of the power hum. Every performing artist had been drowned out by a very loud and annoying 60Hz hum that reverberated throughout the entire theatre. Regardless of where the performer stood on stage, the power hum was ever-present.

They had poured over two months of labour and material into solving the power hum problem, but the dreaded curse could not be lifted.

Digging into the theatre’s background
The facility had been a very successful live theatre site for almost 20 years. However, it had recently been upgraded and remodelled with all the latest high-tech gadgetry. Special sound consultants had been retained during this remodelling process to ensure optimal stage performances would continue.

Unfortunately, the sound engineers discovered this power hum problem during their final sound checks. They quickly scrambled to get the sound system up and running—free from power hum. After they failed, a second group of sound specialists were recruited to solve the problem, but they, too, came up empty.

And, speaking of empty, the theatre itself was sitting completely empty, month after month, with no performers and no paying audiences! The facility was losing tons of money, and was having difficulty making its payments for the very expensive remodel.

Curse-lifters called in
Our group was called in to perform a professional electrical engineering investigation. Hearing there was a possibility I would finally make it on stage, I quickly went out and rented an electrical guitar and portable amplifier.

Upon arriving onsite, I set up a portable generator outside (isolated power source) and ran extension cords to the stage area. Then I plugged in the guitar/amplifier setup.

At this point in the investigation, it was extremely important to recreate the exact power hum problem with equipment similar to that which various other performers have used. This would establish a power hum baseline.

So, was my performance about to launch a stunning musical career? Well, no. As I suspected, all I heard was a very loud power hum coming from my portable guitar/amplifier system. In fact, no matter where I stood on stage with the guitar, I was shadowed by a huge power hum.

Time for serious forensics
My guitar time was officially over, and it was time to bring out all of our professional sensors, oscilloscopes, spectrum analyzers, etc. A quick magnetic field plot of the stage area revealed a 60Hz radiated magnetic field. It was very strong near the stage floor level and ran completely through the central part of the stage area, from stage left to stage right.

Under the entire stage area was the main dressing room. There we found new 400A parallel runs of single-conductor power cable conductors suspended from the ceiling. These conductors ran the complete length of this room, corresponding exactly to the high magnetic field mapping levels we recorded earlier at stage level above, which ran from stage left to stage right.

High-ampacity single-conductor power cables will radiate extremely large 60Hz magnetic fields 30-ft to 40-ft away. These magnetic field flux lines will also penetrate through any wood, steel, etc., that’s in their path.
It was discovered these power cables fed all electrical power to the theatre, elevators, lighting, air-conditioning, etc.

Disconnecting the electrical power to these circuits immediately eliminated the power hum. All the radiated magnetic field plots around the stage area were now also zero.

The culprit revealed
The final, long-term solution involved going back to the (now very expensive) drawing board. The electrical feeder had to be completely torn down, redesigned and rerouted away from the stage area.

But this now very expensive problem could have been easily avoided. Had it been performed at the initial design stage, computerized magnetic field modelling would have easily identified this as a problem area.

In any event, the theatre has been back in business for several years with absolutely no power hum issues. All performance dates are 100% booked up.

Unfortunately for me, my stage debut was cut way too short to be any real threat to Bryan Adams.

A regular contributor to Electrical Business Magazine, Patrick J. Lynch, P.Eng., has been the president of Power Line Systems Engineering Inc. since 1986. He graduated Electrical Engineering from the University of Waterloo in 1975, and has successfully directed Power Line’s completion of over 1100 complex electrical engineering site disturbance investigations around the globe. As with his other articles, this piece summarizes a serious, complex and expensive electrical system deficiency in a lighter narrative tone. Confidentiality is paramount, and all of these investigations have been resolved and settled before being presented here anonymously.

* This article also appears in the September issue of Electrical Business Magazine.