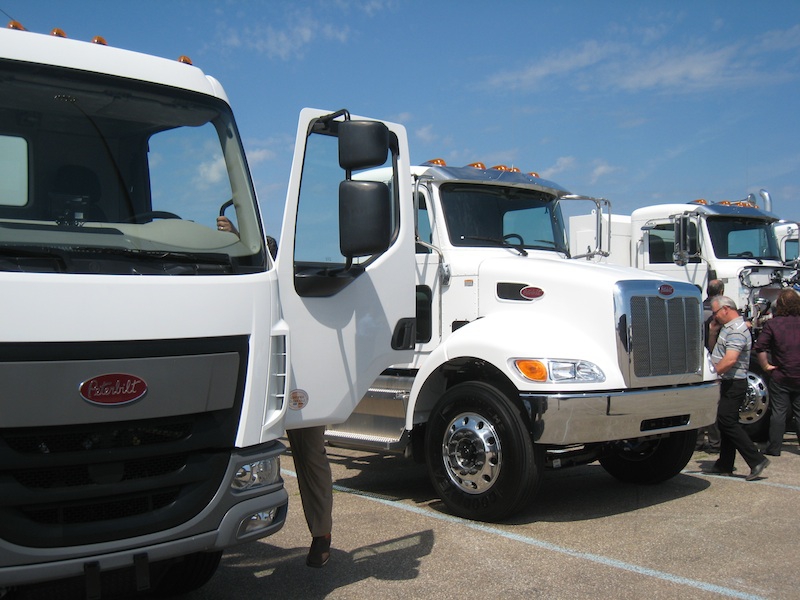 June 30, 2015 – Peterbilt Motors Company says it hosted dozens of medium-duty fleet owners and managers at the PACCAR manufacturing facility in Sainte-Thérèse, Quebec earlier this month, giving tours of the plant, educational seminars and test drives of the company’s Class 6-7 lineup in various configurations.

Among the vehicles on display, Woodall added, were the cabover Model 220 in pickup and delivery and beverage distribution applications; the Model 330 in a security transport spec; the Model 337 in CDL and non-CDL configurations; and vocationally spec’d Model 348s.

Peterbilt is a PACCAR Company, traded publicly on the NASDAQ as PCAR.