News
Philips growing food for missions to infinity… and beyond! 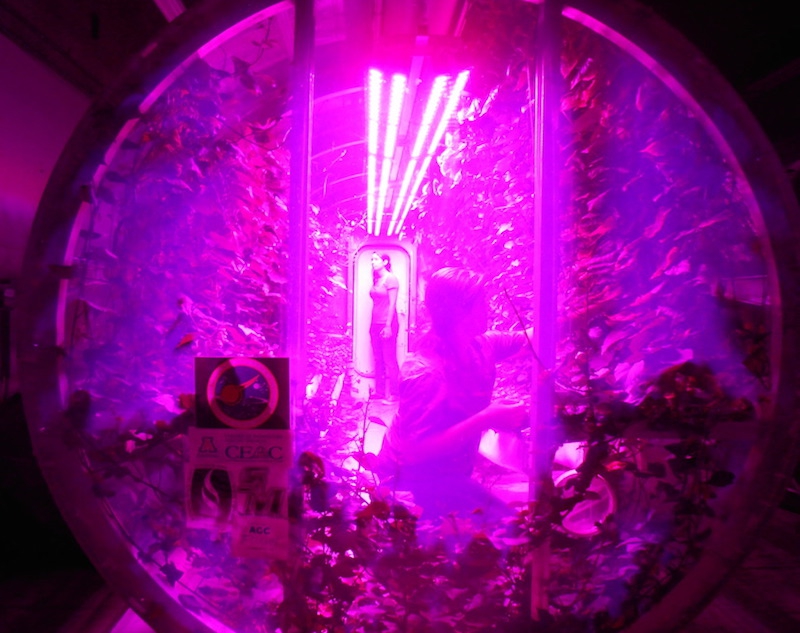 March 23, 2016 – Philips Lighting—in collaboration with the University of Arizona Controlled Environment Agriculture Center (CEAC)—is testing ways to grow food that will help feed astronauts on missions to the moon, Mars and beyond.

According to Philips, a recent study conducted over a 9-week period found that replacing water-cooled high-pressure sodium (HPS) systems with LED lighting in a prototype lunar greenhouse resulted in an increased amount of “high-quality edible lettuce” while improving operational efficiency and use of resources.

“Findings from this study are critical in that not only can it be applied to growing food in space, but can be applied to farming techniques in places where there is a shortage of water and good agricultural land right here on this planet,” said Gene Giacomelli, CEAC director.

The project was completed over a 6-month period by a team led by Giacomelli within the Mars-Lunar Greenhouse created by Sadler Machine Co. During a 9-week period, four harvests of lettuce heads weighing 5 to 6 oz were analyzed. All plant production and growing practices remained constant between two, distinct growing systems—LEDs versus traditional HPS, the latter of which included a glass water jacket for removing the concentrated heat from the bulb.

Philips GreenPower LED toplighting was installed and programmed with a “light recipe” developed by plant specialists at Philips to optimize results. The company explains its light recipes are formulated by taking into account a variety of factors, such as light spectrum, intensity, uniformity and relative position of the lamp to plant canopy. These are combined to develop specific plant characteristics, such as compactness, colour intensity and branch development.

Philips explains the LED modules, meantime, create less concentrated heat loads than HPS lamps, and can be placed closer to the plants resulting in uniform light distribution throughout the greenhouse. This uniform light results in better, more uniform plant quality and a more predictable yield, adds the company. The LED systems also cool independently, so no additional investment in cooling water distribution is required.

“The work we are doing is focused on driving innovation of new farming technologies that allow food crops to grow in indoor environments, absent of natural light and in close proximity of cities and major population centres, thus reducing the distance from farm to fork,” said Blake Lange of Philips’ City Farming Division.

Ray Wheeler, a NASA plant physiologist, explained the agency has been working with universities for over 25 years to discover how LEDs can support plant growth in closed environments.

“Over that time we have used patented LED technology as part of the Astroculture plant growth chambers for the space shuttle and International Space Station, NASA’s ground-based Habitat Demonstration Unit, as well as NASA’s VEGGIE plant unit on the ISS,” said Wheeler.