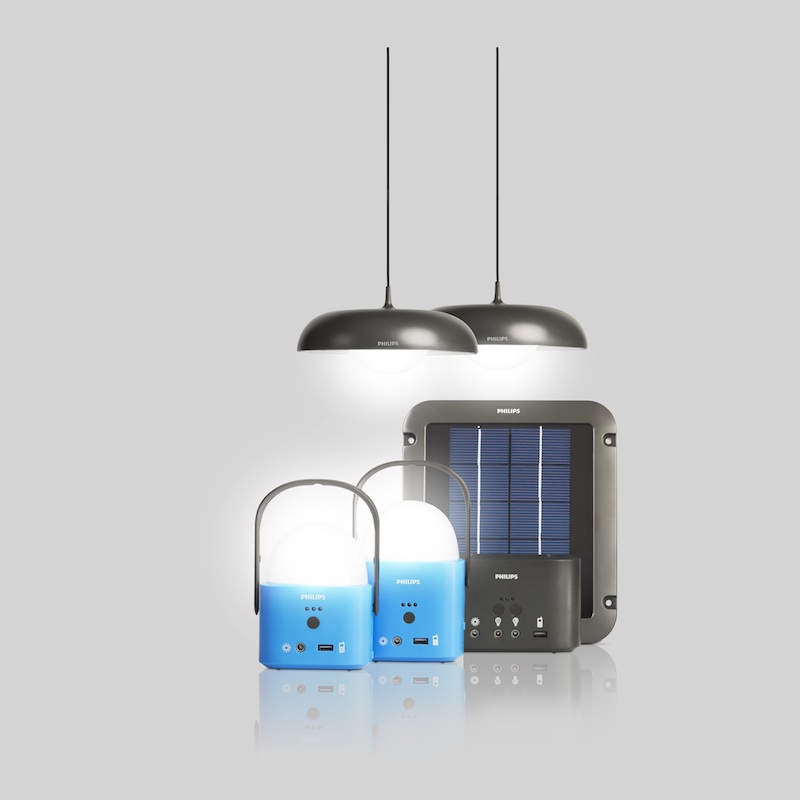 In Kenya every week 75,000 people, mostly women and children, get sick or even die as a direct result of inhaling smoke from kerosene lamps, wood fires and candles, according to Philips. The company said it doesn’t have to be this way.

“Today an estimated 560 million Africans live without electricity,’’ said Mary Kuria, general manager for Philips Lighting East Africa. “For these people nighttime means either darkness or the flickering light of a candle or kerosene lamp. However the disadvantages of kerosene lanterns are many, including safety, health risks and high costs (around $50 per year). And the light output of these lanterns is so low as to make visibility for practical activities almost impossible. Using the energy of the sun to power lighting solutions can make a true difference to people’s lives.”

Launched in Kenya in November 2014 during a dedicated roadshow “Maisha ni Mwelekeo”, Philips LifeLight range will be rolled out in other African markets during 2015.

“Solar LED lighting is a strategic imperative for Philips, especially this year which has been proclaimed the International Year of Light by UNESCO,” said Harry Verhaar, head of government and public affairs at Philips Lighting. “Today 1.3 billion people worldwide do not have access to electricity and thus light when the sun goes down, yet the technology exists to support them. We are working with governments and stakeholders across Africa, Asia and Latin America to develop solutions with the goal to end light poverty by 2030. LED technology could also help these communities to leapfrog to connected solutions in the future.”

The Philips LifeLight Home system is comprised of two pendant luminaires and a USB port for phone charging that is connected to a solar panel. The range includes two additional models, Philips LifeLight and Philips LifeLight Plus solar-powered lanterns. All three new products were developed by the Nairobi based Philips.