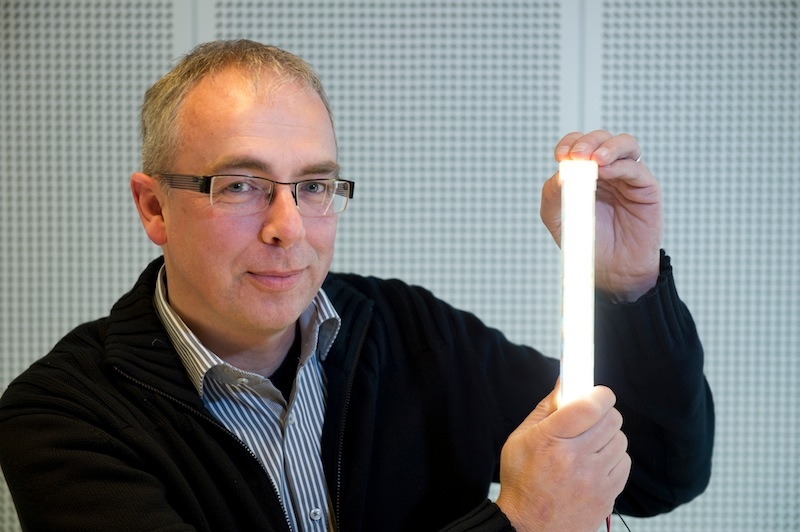 April 12, 2013 – Royal Philips Electronics says it has created the world’s most energy-efficient LED lamp suitable for general lighting applications (see VIDEO below). Researchers developed a tube lighting (TL) replacement TLED prototype that produces 200 lumens per watt of “high-quality” white light. Philips says this prototype TLED lamp is twice as efficient as predecessor lamps, basically halving the energy used. This 200lm/W TLED lamp is expected to hit the market in 2015 for office and industry applications before ultimately being used in the home.