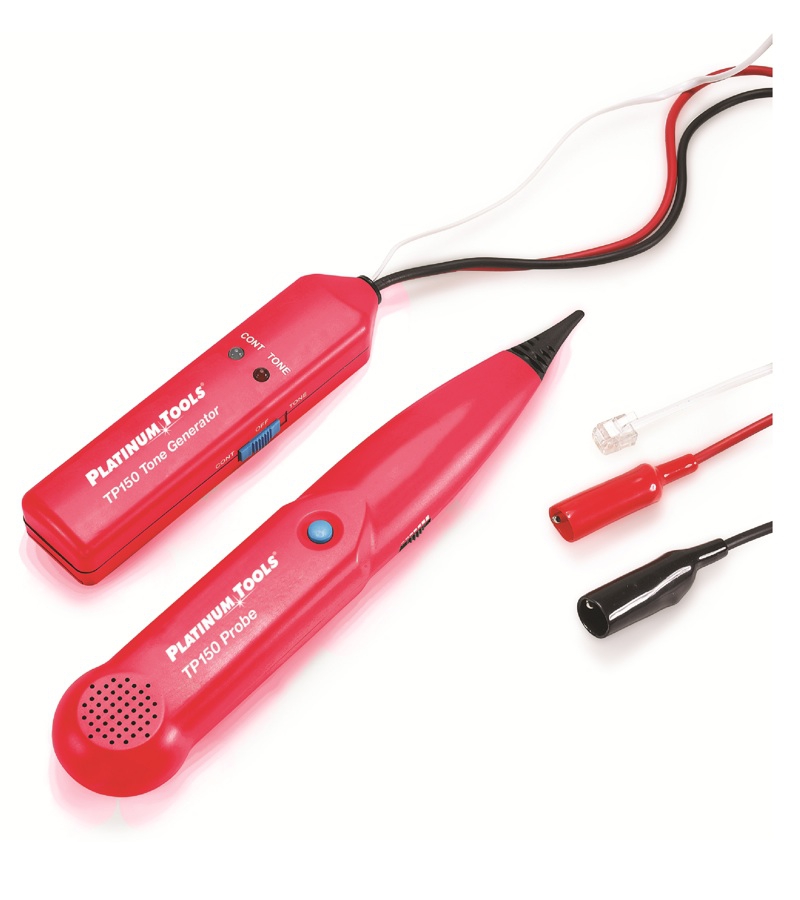 February 19, 2015 – A new tone and probe set will be launched later this month, announced Platinum Tools.

“With the Platinum Tools tone and probe set’s steady tone, push-to-scan button, and a clear loudspeaker, you can quickly trace and identify cable locations on jacks or through walls,” explained George Jang, Platinum Tools product manager. “Wire bundles are easily penetrated with the tapered probe tip and the probe volume is controlled with a thumbwheel. With common send and receive frequencies, the TP150 is versatile enough to be used with other tone generators or probes.”

The probe has a sensitivity of 100Hz~300KHz and the tone generator features include a continuity mode to verify if a wire is broken, alligator clips to test pairs, and an RJ11 connector for data or phone lines.

Platinum Tools will be debuting the product at the 2015 BICSI Winter Conference and Exhibition in Orlando, Fla. from February 22-26.

The set (part number TP150) will begin shipping in March for a manufacturer’s suggested retail price of $29.95.