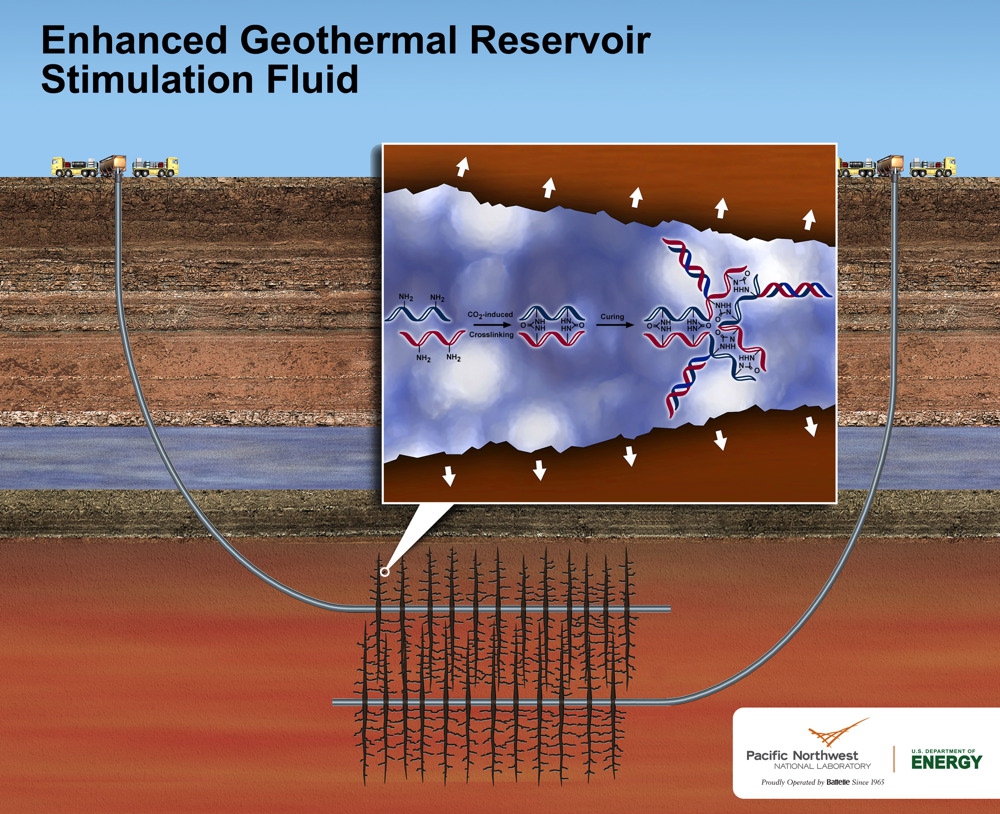 April 16, 2015 – More homes could be powered by the earth’s natural underground heat with a new, non-toxic (and potentially recyclable) liquid that is expected to use half as much water as other fluids used to tap into otherwise unreachable geothermal hot spots.

(Don‘t panic… There is nothing wrong with your computer. The video has no audio.)

Geothermal power is generated by tapping the heat that exists under the Earth’s surface to extract steam and turn power plant turbines. Conventional geothermal power plants rely on the natural presence of three things, explains PNNL: underground water, porous rock and heat. Enhanced geothermal power can be generated at sites where heat exists but isn’t easily accessible because of impermeable rock or insufficient water.

PNNL’s fluid (a solution of water and 1% polyallylamine) is pumped into a well drilled at a geothermal hot spot. Soon after, workers also inject pressurized carbon dioxide, which could come from carbon captured at fossil fuel power plants.

Within 20 seconds, the polyallylamine and carbon dioxide link together to form a hydrogel that expands the fluid up to 2.5X its original volume, reports PNNL. The swelling gel pushes against the rocks, causing existing cracks to expand while also creating new ones. The expansion is expected to cut in half the amount of water and time needed to open up an enhanced geothermal reservoir, adds PNNL, concluding this will shrink the cost of power generation.