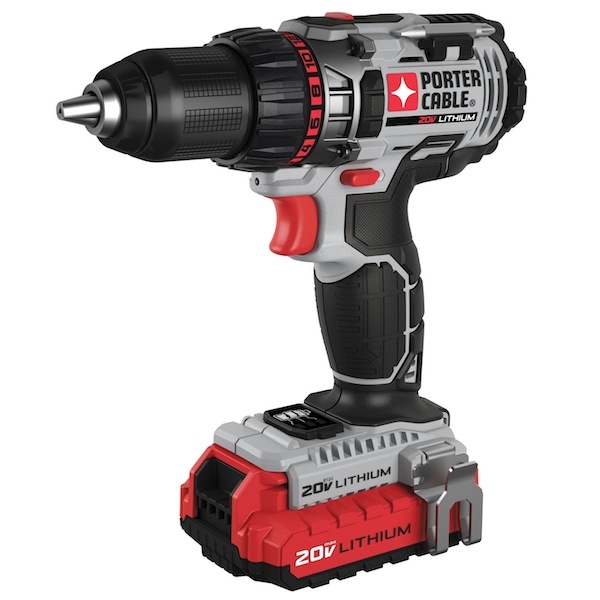 February 4, 2013 – Porter-Cable launched its 20V Max lithium ion compact drill/driver (PCCK600LB) and impact driver (PCCK640LB). Both are part of the new 20V Max system that, says the company, focuses on maximizing a new battery platform. The PCCK600LB boasts a 1.5 AHr battery deliver up to 330 ‘Unit Watts Out’ (UWO) to “maximize drilling and fastening speeds”. The two-speed gear transmission delivers 0 to 400 rpm in low speed for high-torque applications and 0 to 1600 rpm for low-torque applications. The drill/driver weighs 3.7 lb and is less than 8-in. long. The impact driver generates 1450 in-lb of maximum torque, while the variable-speed trigger delivers 0-2900 rotations/minute and 0-3100 beats per minute (BPM). Similar to the drill/driver, the impact driver includes an LED worklight for illumination, rubber bumpers on the sides and a battery fuel gauge. Each will retail for about $169 and come with a three-year limited warranty, one-year service contract and 90-day money-back guarantee.