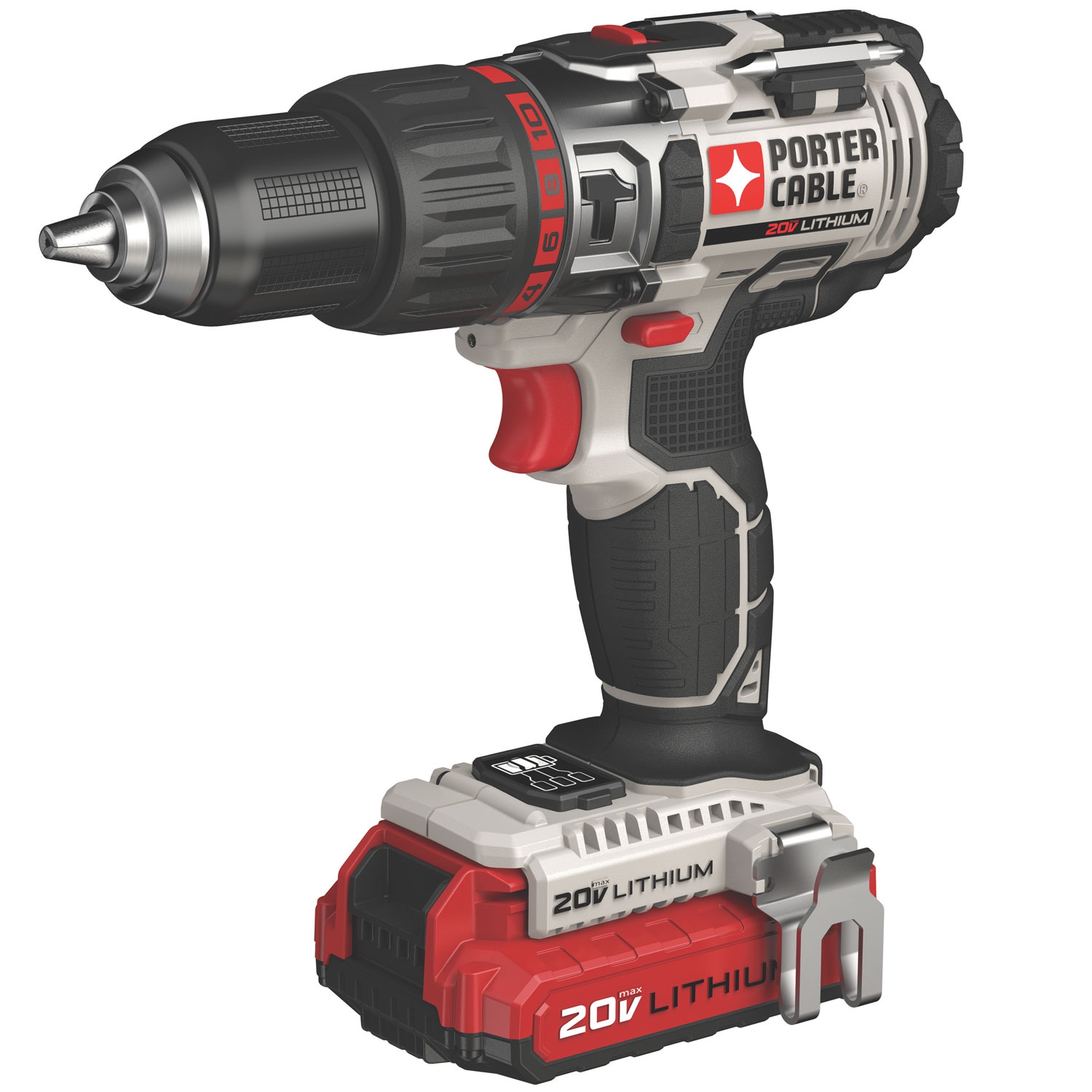 The hammer drill can be used on brick, block and concrete materials found in HVAC, plumbing, electrical, and residential building applications. Its motor and transmission deliver up to 330 watts. The variable two-speed gear transmission delivers 400 RPM for high-torque applications and 1600 RPM for high speed applications while the hammer mechanism powers through material at 27,200 BPM. The drill also features a 1/2-in. metal ratcheting chuck to help with bit slippage.

This drill is fully featured with an LED light, battery fuel gauge, belt clip, and two magnetic bit holders. Customers can buy it in a kit or as a bare tool for around $179.

Another extension to the 20V max linked system—a range of tradesman cordless core tools which operate off of the same battery system—is the radio with bluetooth compatibility. This two-speaker radio wirelessly streams music from a bluetooth enabled smart phone. It features four operation modes: AM/FM tuner, bluetooth and auxiliary as well as 12 presets (6 AM/ 6 FM) and retails for about $99.99.