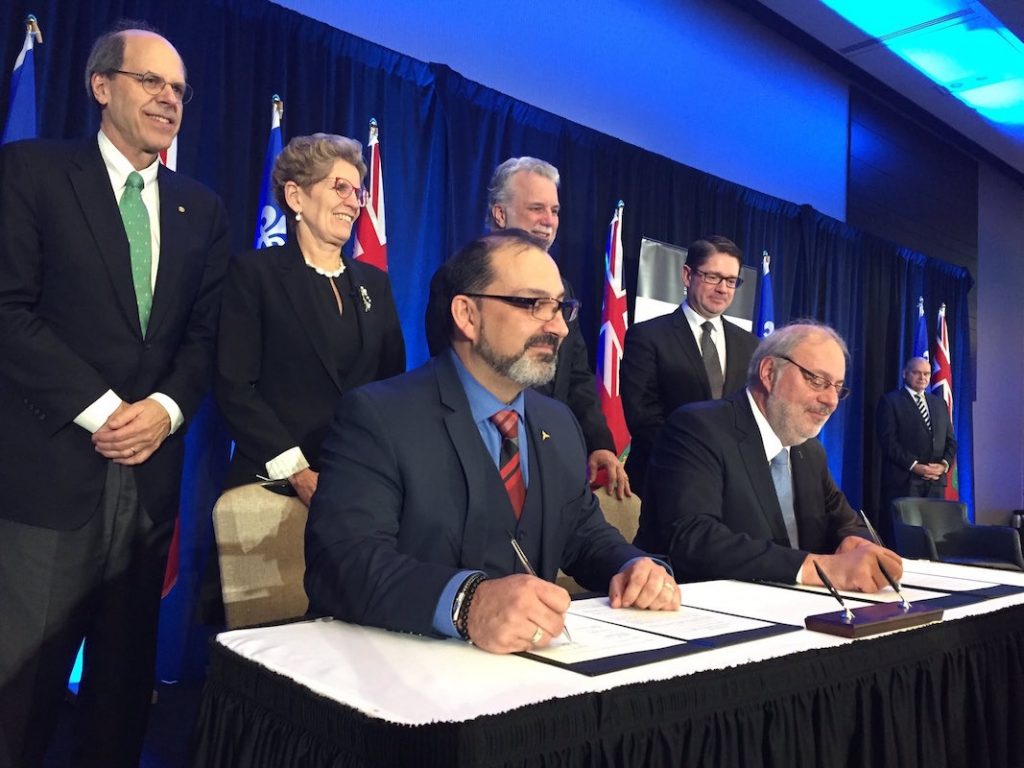 December 15, 2016 – Today, Quebec’s and Ontario’s premiers—Philippe Couillard and Kathleen Wynne—attended the signing of an electricity trade agreement between Hydro-Quebec and Ontario’s Independent Electricity System Operator that will see IESO purchase a total of 14 TWh of electricity from the utility from 2017 to 2023.

The signing took place at the conference lunch of the Association de l’industrie électrique du Québec (AIEQ). The premiers were accompanied by their respective energy ministers, Glenn Thibeault and Pierre Arcand.

“Our cooperation with the Government of Ontario is a historic first in electric power trade between two provinces,” said Arcand. “It is the largest agreement of its kind in Canadian history.”

This agreement is the largest contract since market deregulation for Hydro-Quebec, says the Ontario government. By importing 2 TWh of hydroelectric power each year from Quebec to replace the use of natural gas, Ontario says the deal will reduce costs to consumers by $70 million.