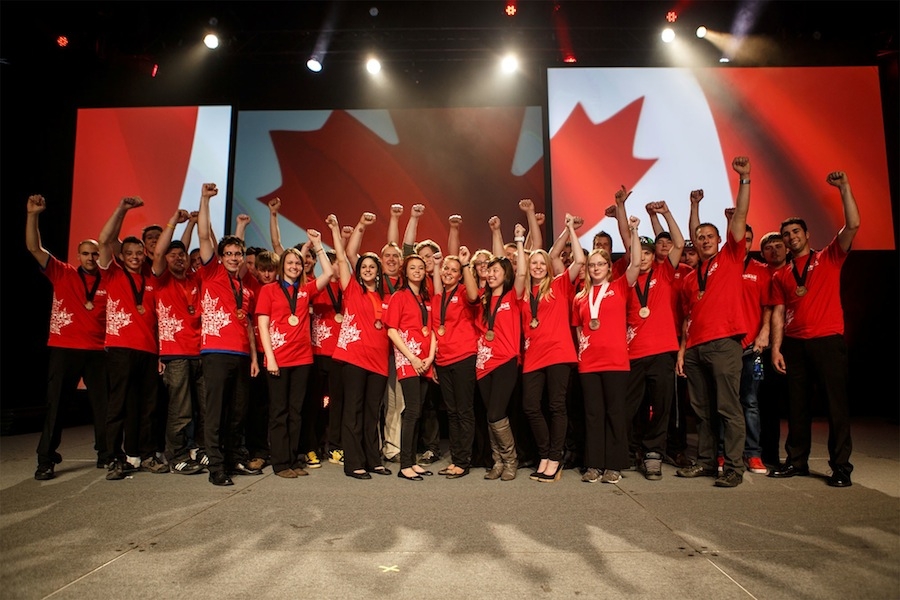 May 16, 2012 – Canada’s best and brightest skilled trade and technology students received official recognition for their outstanding performance as Skills/Compétences Canada (S/CC) announced the results of the Skills Canada National Competition (check out the video below!). A special congratulations to the competitors in the Electrical Installations category, especially Quebec’s David Gagnon, who is going on to represent us as part of Team Canada at WorldSkills Leipzig 2013.

The results in the Electrical Installations category are as follows:

“The goal of this annual competition is to reward students for excellence in the skilled trades, while directly involving industry leaders and educators in the training process and in evaluating their performance in a way that is relevant to employers’ needs,” said Shaun Thorson, CEO, Skills Canada.

The closing ceremonies, held today in Edmonton, Alta., were highlighted by the parade of champions and the announcement of the Members of Team Canada, whose next stop is WorldSkills Leipzig 2013.

The Skills Canada National Competition is the only national, Olympic-style, multi-trade and technology event of its kind for young students and apprentices in the country. The event took place May 14-15 at the Edmonton Expo Centre, where 40 different assigned projects were showcased in major skilled trade and technology categories. Competitors were evaluated by independent judges from the respective industry sectors, who based their decisions on industry standards and established work practices, including such criteria as quality of work, safety, cleanliness, skill level and creativity.

“The enthusiasm and hard work shown by the competitors throughout the competition has been inspiring, and we want to congratulate each one. We also want to thank and acknowledge the ongoing support from the Government of Canada, sponsors and organizers for working with us to ensure that there is a bright future for Canada’s skilled trade and technology workforce,” said Thorson.

The 35 members of Team Canada (in photo) heading to WorldSkills Leipzig 2013 will compete in 33 skill categories against more than 900 competitors from 51 member countries/regions. The four-day WorldSkills Competition is the biggest of its kind in the world, and considered the pinnacle of excellence in skilled trades and technologies training.

Skills/Compétences Canada was founded in 1989 as a national, not-for-profit organization that works with employers, educators, labour groups and governments to promote skilled trades and technology careers among Canadian youth.