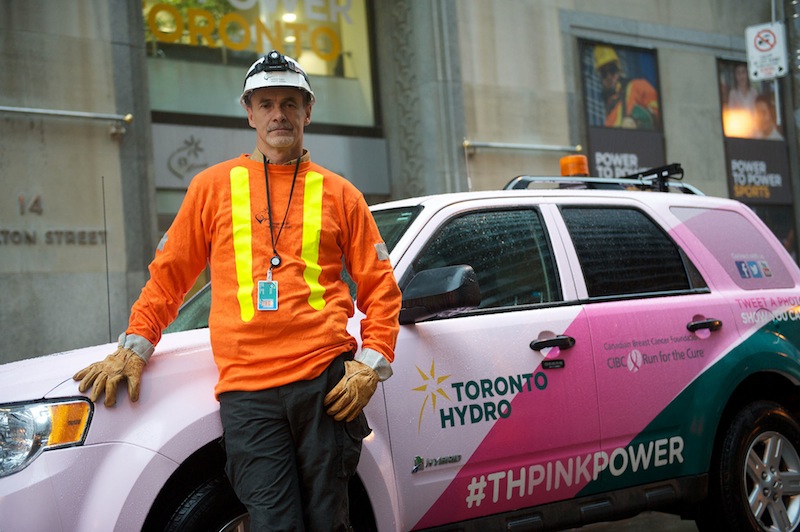 October 8, 2013 – This past weekend, employees of Toronto Hydro were accompanied at the CIBC Run for the Cure by a big, pink bucket truck, which launched a month-long campaign to bring awareness to breast cancer.

Mike Carnegie (photo), a supervisor with Toronto Hydro, joined the runners with his pink Ford Escape. He lost his wife Sharon, 17 years ago to inflammatory breast cancer. At the time, their three children were aged three, four and nine months. Now Carnegie does all he can to raise money for the disease and to create a better future for his children, fearful that they may be predisposed to the breast cancer gene.

The utility is encouraging the public to tweet a photo using the hashtag #THpinkpower in support of breast cancer awareness month.