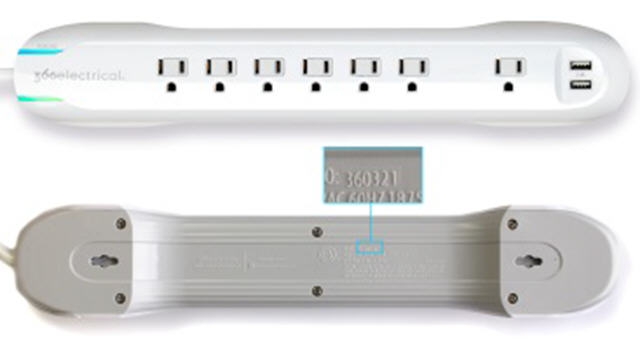 May 19, 2016 – 360 Electrical is recalling its Idealist, Idealist 2.4 and Agent surge protectors, which are ETL listed with control number 3137487 and have seven outlets.

During the insertion of a non-grounded plug, some outlets on the surge protector can short circuit resulting in a spark, the company says, thus posing a potential shock or fire hazard.

Neither Health Canada nor 360 Electrical have received any reports of consumer incidents or injuries to Canadians related to the use of this product.

About 973 of the recalled surge protectors—which were manufactured in Hong Kong—were sold at Home Depot stores across Canada from July 1, 2015, to February 8, 2016.

Consumers should immediately stop using these surge protectors and contact 360 Electrical at 1-844-827-4207 to arrange for a free, redesigned replacement.