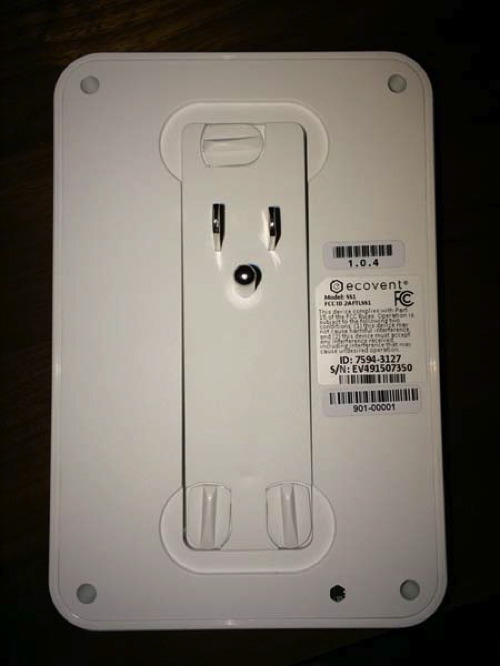 July 12, 2016 – Ecovent has issued a recall for about 600 of its room sensors sold in the United States due to a shock hazard.

It is unknown how many, if any units made their way into Canada.

The product’s cover can come off during normal use, Ecovent says, exposing high-voltage components.

The sensors plug into an electrical outlet, measure room temperature, humidity and barometric pressure. The unit also provides electrical outlets in the center of the device and USB ports on the sides. “Ecovent,” model number “SS1,” part number “901-00001” and date numbers 4415-5215 and 0116-0916” are printed on a label on the back.

Ecovent has received two reports of the faceplate falling off. No injuries have been reported.

The company has contacted consumers via email and phone, sent the replacement parts and provided return postage for affected parts. If consumers have not been notified, they can call 855-777-0105.

The sensors were manufactured in China and the U.S. and sold online at www.ecoventsystems.com from December 2015 through to April 2016 for between $100 and $150 US.