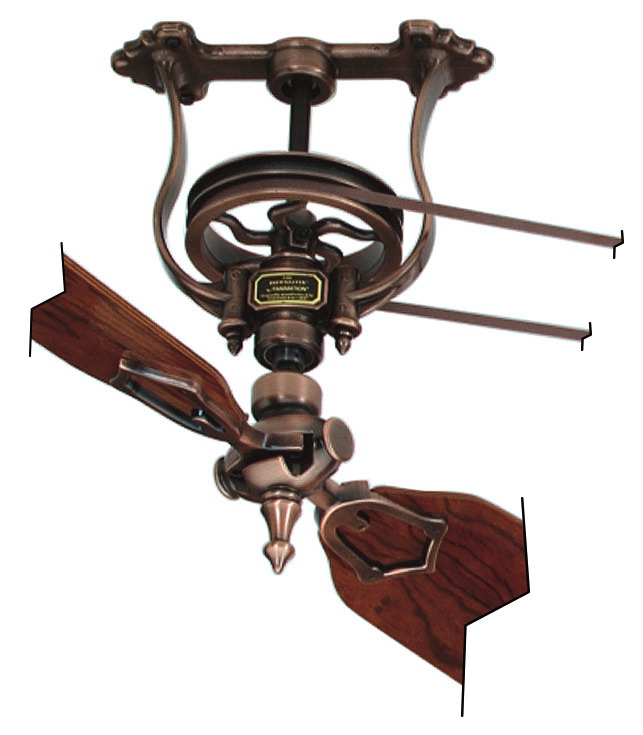 February 24, 2015 – The U.S. CPSC informs you of a recall involving Brewmaster ceiling fans by Fanimation.

The ceiling fan hub holding the blades can separate from the shaft when operating in reverse. If this happens, the fan blades and hub can fall and pose a risk of injury to bystanders.

The firm has received two reports of the ceiling fan hub falling but no injuries have been reported.

The recall involves 9,300 Brewmaster belt-driven fans and powered by a remote motor. The fans have two blades of various styles and colours, and were sold in a short neck assembly, extending 15 inches from the ceiling and a long assembly extending 26 inches from the ceiling. The fans were sold in antique brass, pewter and black hardware. A face plate on the lower part of the head assembly reads, “The Brewmaster” by Fanimation.”

Fans with the following model numbers on their packaging are included in the recall:

Consumers should immediately stop using the recalled fans and contact Fanimation for a retention collar for the Brewmaster fan.

The fans were manufactured in China and sold at electrical distributors, fan specialty stores and lighting showrooms across the U.S. and online from June 2002 to December 2014 for between $800 and $2,500 per system.

It is unknown how many, if any units, made it into Canada.