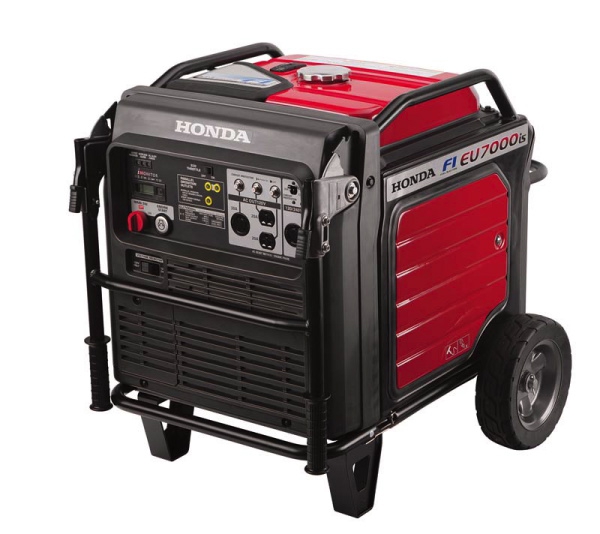 September 10, 2014 – Thanks to CPSC for letting us know of a recall involving 2014 Honda gasoline-powered 7000W EU7000isN AT generators; the rear frame support can fail during lifting, posing an impact hazard. Also, the owner’s manual can have missing or duplicated pages, meaning consumers may not be getting important operating or safety information.

The full model name—EU7000isN AT—is on the UPC label near the fuel level indicator on the top. Recalled generators have a serial number in the range EEJD-1000001 to EEJD 1006288. The serial number is on the inside of the side cover that is to the right of the control panel.

The units were sold at Honda Power Equipment dealers in the U.S. from June 2014 through July 2014 for about $4500. They were manufactured in India.

You should immediately stop using the recalled generators and contact a Honda Power Equipment dealer to schedule a free repair of the rear frame support and replacement of the owner’s manual. American Honda is contacting all registered customers directly.