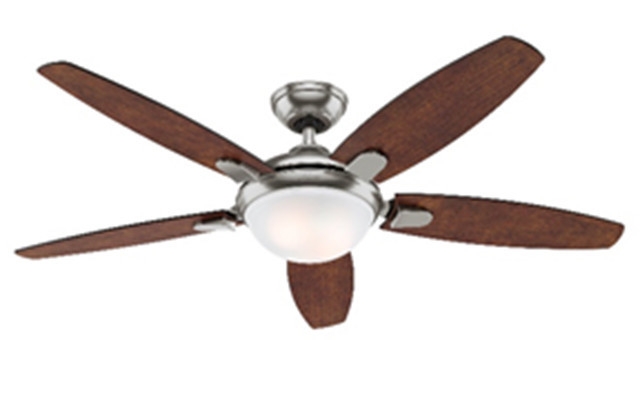 As of November 30, 2017 Hunter has received two reports in Canada and 38 reports in the U.S. of the light globe falling due to incorrect installation. No injuries have been reported.

The model number can be found on the label on top of the fan motor housing. The owner’s manual included with the affected models incorrectly instructs the consumer to attach the light globe by lifting and turning counter clockwise until it rests firmly in place. The correct way to attach the globe is by lifting and turning clockwise until it stops and is resting firmly in place.

This recall involves approximately 1,909 units of the affected Contempo model 59180 sold in Canada, and approximately 168,272 units sold in the United States.

In the United States, affected models were sold in Costco stores nationwide and online from January 2016 to August 11, 2017.

The units were manufactured in China and distributed by Hunter Fan Company of Memphis, Tennessee.

Health Canada says consumers with an affected Contempo model ceiling fan should check to ensure that the light globe was installed correctly by turning it clockwise until it stops and is resting firmly in place. Costco is contacting all known purchasers and providing new instructions for installing the light globe.