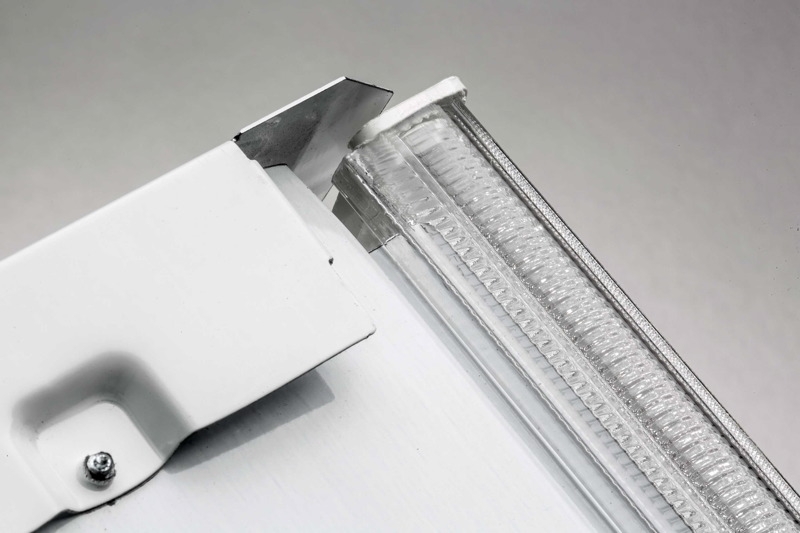 June 7, 2017 – Lithonia Lighting (a division of Acuity Brands Lighting Inc.) has received six (6) reports of the lens used on the LBL4W LED fixture manufactured between February 2016 and March 2017 detaching from the fixture and becoming loose or falling.

Lithonia is conducting a voluntary recall in cooperation with the U.S. Consumer Product Safety Commission (CPSC). Only the LBL4W LED fixture is included in the recall, and it is unknown how many, if any, units made it into Canada.

The plastic diffuser lens measures 4-ft long by 15-in. wide. Again, only fixtures manufactured between February 2016 and March 2017 are included in this recall. Lithonia Lighting, the model number and the date of manufacture are printed on a label attached to the fixture’s housing. The date code is in the MM/DD/YY format.

The company has determined the lenses became loose or fell because they were not made to the specified dimensions, which prevented some lenses from being secured in the fixture.
Advertisement

Consumers should remove the lens and contact Lithonia (888-876-4181) to receive a free lens to repair the unit. Consumers should prevent people from going into the immediate area under the fixtures until those lenses are repaired. WATCH the video above.

Manufactured in the United States and Mexico, the units were sold at electrical distributors and online through the commercial desk at 1000Bulbs.com, Amazon.com, ATGStores.com, Build.com, HD.com, ShineRetrofits.com, and Wayfair.com from February 2016 through March 2017 for between $150 and $200.