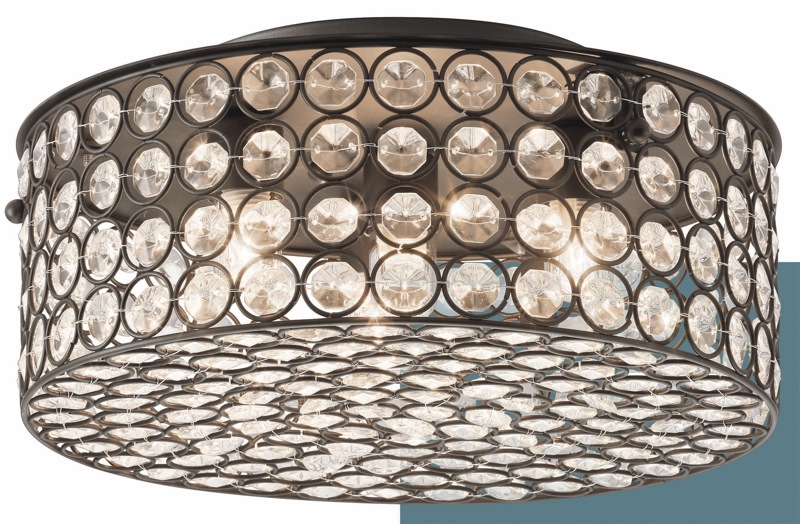 November 10, 2016 – In a joint recall with the U.S. CPSC, the L.D. Kichler Co. is recalling two (2) models of Kichler Krystal Ice flush-mount ceiling light fixtures due to a fire hazard.

The fixtures have a square or a cylindrical metal cage shade with a chrome finish and clear crystal accents. They were sold with four (4) 40W G9 tungsten halogen bulbs, which can overheat the electrical supply wires in the ceiling, posing a fire hazard. The fixtures also pose a fire hazard in homes with older wiring, even when used with lower-wattage bulbs.

The following model numbers are included in the recall:

The model numbers and “Kichler Home Center” are located on the inside of the canopy.

Neither Health Canada nor L.D. Kichler Co. have received any reports of consumer incidents or injuries related to the use of these products in Canada.

Manufactured in China by Huizhou Yalite Lighting Factory, about 1900 units were sold in Canada from March 2015 to July 2016 at Lowes Canada and various lighting showrooms.

Consumers should immediately stop using the recalled products and contact L.D. Kichler Co. for information on how to repair the affected product or obtain a full refund. Call 800-554-6504 or visit them online.