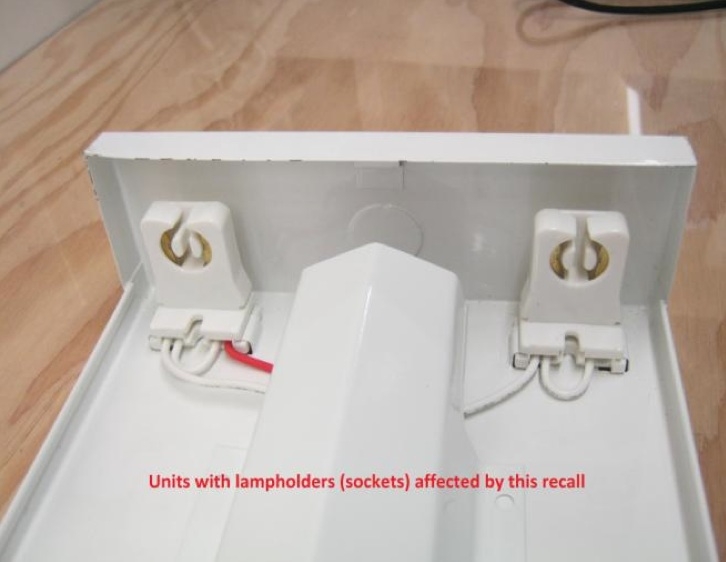 In the affected units, the T8 sockets could potentially pose a risk of fire. As of December 17, 2012, there have been four reports of sockets burning and minor property damage due to smoke. There have been no reports of injuries.

The recall involves about 13,000 units sold across Canada by Nedco and Westburne (Rexel Canada Electrical Inc.). They were made by Liteline in Canada.

The affected fixtures have lampholders as shown in Photo1. Units provided with lampholders with green inserts as shown in Photo 2 are not affected by this recall. The model of the luminaire is EPOWRAP. It is a 4-ft fluorescent luminaire with a white, painted steel body and translucent wrap-around acrylic lens suitable for 2x32W T8 fluorescent lamps.

The product was distributed between April 2010 and April 2011. Installers and users who may have purchased the product can contact Rexel for a socket upgrade kit. Contact your local Westburne or Nedco branch directly, or call (905) 712-4004.