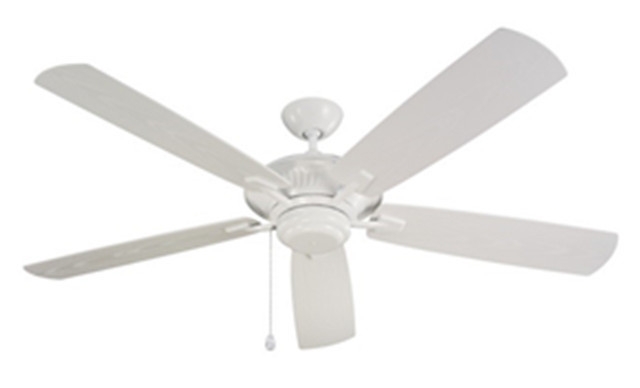 The recall involves two models of the Monte Carlo Cyclone ceiling fans with five blades: 5CY60RB and 5CY60WH. The fans are 1.5m (60 in.) wide, weigh and 14.5 kg, and have either a Roman Bronze or White finish.

The affected products can be identified by both a model number and a Manufacturer Purchase Order (MPO) number. The model numbers and MPO numbers are found on top of the motor housing.

The units were manufactured in the U.S. and distributed by the Monte Carlo Fan Company.

Health Canada says consumers should immediately stop using the recalled ceiling fans and contact Monte Carlo to receive a free bracket replacement kit with instructions. Consumers can hire an electrician to perform the repair and Monte Carlo will reimburse them for the repair.