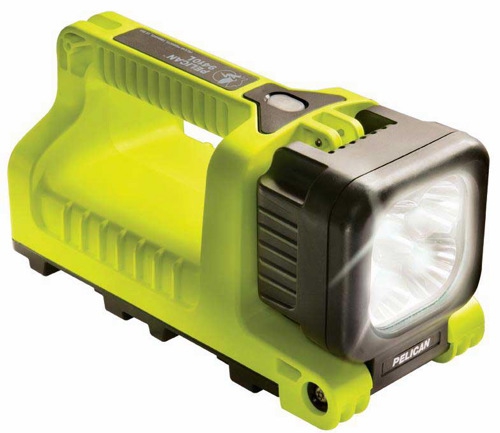 March 9, 2016 – Pelican Products has recalled its 9410L flashlight, a large rechargeable LED flashlight that is equipped with lithium-ion battery packs and replacement battery packs, due to a flammability hazard.

The company notes that only battery packs that contain green shrink-wrapped cells are included in the recall. These include:

The battery packs in the flashlights can overheat, posing a fire hazard to consumers, Pelican states.

Health Canada says it has not received any reports of consumer incidents or injury to Canadians related to the use of the affected flashlights.

Pelican has received two reports of overheating battery packs but says no injuries have been reported.

Approximately 800 units of the flashlights— intended for professional and industrial users—and 18 units of replacement battery pack were sold across Canada from May 2014 to January 2016 at sports and specialty stores nationwide, online at Amazon.com and other industrial supply dealers or distributors in both Canada and in the United States.

The products were manufactured in the United States.