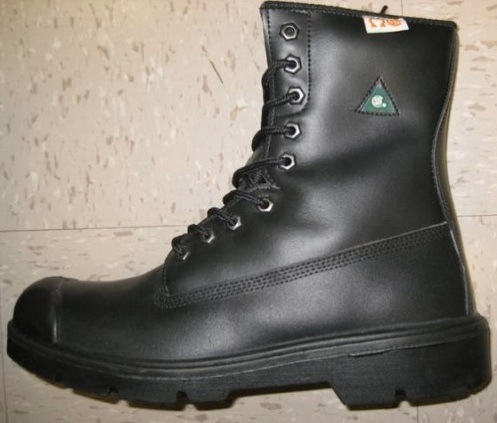 July 17, 2014 – Health Canada advises you of a recall involving Phoenix safety boots (PH104 Stampede) which bear the Omega symbol indicating electrical shock resistance, yet CSA has not certified the product for shock resistance and, as such, the product may present a risk to the wearer.

The affected units (687 pairs) were sold at select Giant Tiger store locations in Ontario, Quebec, Nova Scotia, Manitoba and Alberta from May 1, 2014, to June 14, 2014. They can be identified by the manufacture date January 2014 and manufacturer # 8532, which can be found on the tongue of the boot.

Neither Health Canada nor the importer, Footwear Imports 2001 Inc., have received any reports of incidents or injuries related to the use of this product, which was manufactured in China.

Consumers with the affected model are to discontinue use of the product and contact their Giant Tiger store for a refund or exchange.