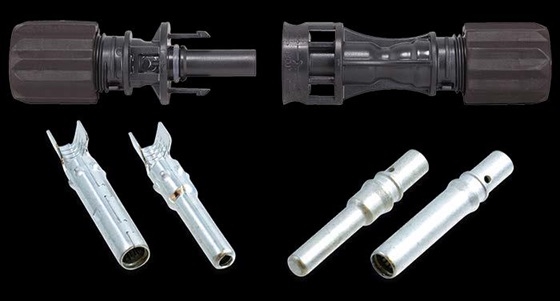 March 28, 2017 – SolarWorld is recalling thousands of connectors sold with its solar panels due to an electrical shock hazard. The remedy is replacement.

The recall involves Amphenol UTX PV model electrical connectors, which are used to connect various types of PV panels to the electrical system. They have a black plastic exterior with “Amphenol” and “UTX PV” stamped on the end. They consist of a male pin on one end and a female socket on the other.

These connectors may develop microscopic cracks that allow moisture to leak into them while the system is producing electricity, posing an electrical shock hazard.

The company says it has already directly contacted all purchasers of this product. If you’ve not heard from them, contact SolarWorld immediately for a free replacement connector at 855-467-6527 from 9 to 5 PT, or visit the online Recall Notice.

N.B. This news comes to us from the U.S. Consumer Product Safety Commission. It is not known how many, if any, affected units are in Canada.

The recall involves about 97,000 units, but no incidents/injuries have been reported. The connectors were manufactured by Amphenol Industrial Solar Technologies of Shenzhen, China. The panels are manufactured in the United States.