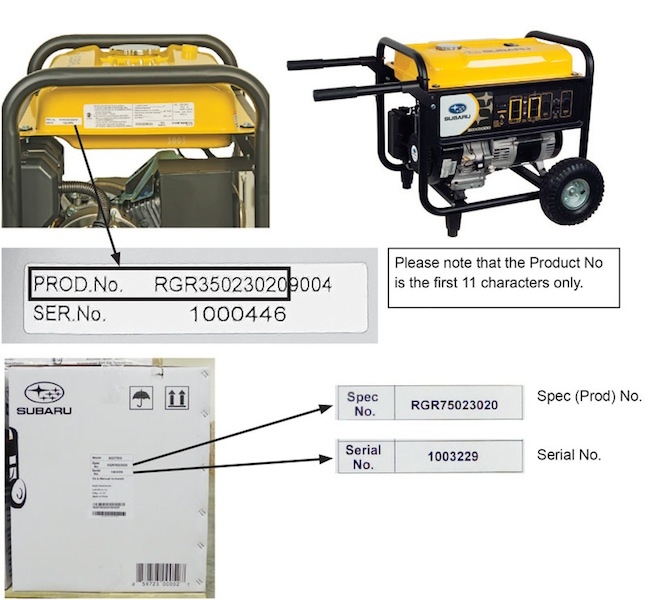 July 23, 2013 – Thanks to CPSC (U.S. Consumer Product Safety Commission) for tipping us off to Subaru’s recall of certain portable gasoline generators, in which the fuel tank can leak, posing a fire or burn hazard.

This recall involves about 490 units in Canada, models SGX3500, SGX5000 and SGX7500. They have yellow fuel tanks and black frames with collapsible handles. The word ‘Subaru’ is on the fuel tank and is on the control panel under the Subaru logo. The Product, or Spec, number and serial number are on the end of the fuel tank above the wheels.

See Photo 2 to see the generators being recalled (below).

The generators were sold at Authorized Subaru Power Equipment dealers, including authorized online dealers, between September 2011 and January 2013. They were manufactured in China by Fuji Heavy Industries Ltd. of Tokyo.