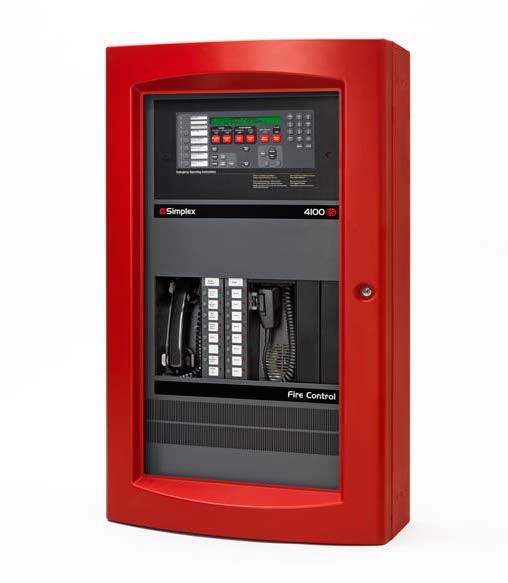 November 26, 2014 – The U.S. CPSC is advising you of a recall involving Tyco’s SimplexGrinnell 4100ES fire alarm control panel, in which a defective chip can cause premature battery failure and prevent the activation of devices during alarm conditions.

It is unknown how many, if any units, were sold/installed in Canada. In the States, the recall involves about 750 units sold from March through June 2014 for about $4000. No incidents or injuries have been reported. The units were made in Mexico.

The recalled 4100ES is an addressable fire alarm control panel that can support up to 2500 addressable points, fire alarm and emergency voice communications and peer-to-peer networking operations. The metal cabinets containing the panel are Red or White and measure about 22 to 56-in. high, 24-in. wide and 7-in. deep. “Simplex 4100ES” is printed on the front of the panel.

SimplexGrinnell and Tyco are contacting purchasers directly, and inspecting/replacing all circuit boards with the defective chip.