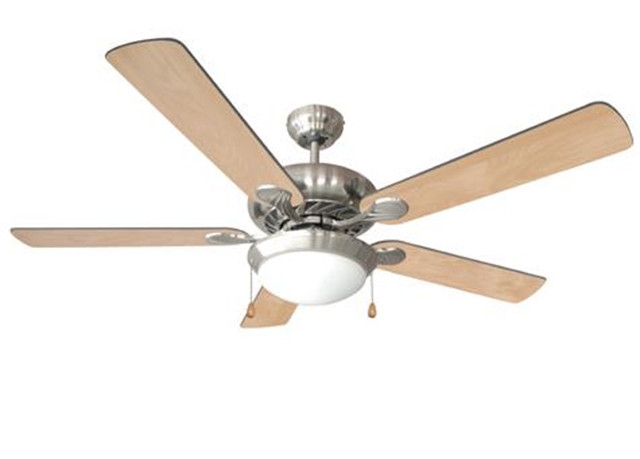 May 1, 2017 – Rona Inc. is voluntarily recalling Uberhaus brand ceiling fans bearing model number SW52-SN-R5W1 (or product number 89325003), Health Canada has announced, due to a manufacturing defect that could lead to a fire.

This fan is brushed nickel, measures 52 in. in diameter and has a 60W power output. The fixture is white frosted glass.

Two incidents of fan overheating have been reported to Rona and Health Canada but no injuries were reported.

About 1600 recalled products were sold in Réno-Dépôt, Marcil and Coupal stores in Quebec, and some Rona stores across Canada between January 2011 and March 2017. The fans were manufactured in China.

Customers are advised to return this product to the nearest Rona store.