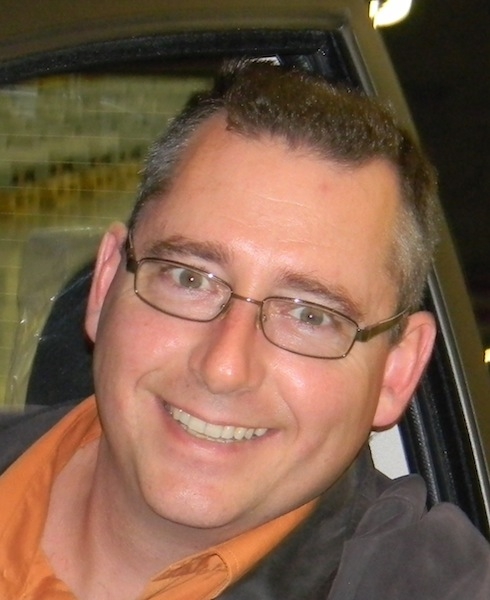 November 17, 2011 – The Electrical Business crew (Anthony Capkun, Alyssa Dalton and Scott Hoy) attended this week’s APPrO 2011 “Physics meets politics: Building a more integrated system” Canadian Power Conference & Networking Centre. Of course, we Tweeted throughtout the event so that those of you who could not make it could get a glimmer into what was going on. For your reading enjoyment, we’ve complied all those Tweets below (in reverse chronological order, as they would appear in Twitter).

At #APPrO, Rob Silver says new energy minister must try to stick around and learn a very complicated portfolio

At #APPrO, Rob Silver of Crestview Strategy explains Ontario’s energy ministers have been turning over too quickly

At #APPrO, sitting in on final panel discussion, “The APPrO political issues panel”.

At #APPrO, Satnik reminds delegates that not all Electrical Safety Authority inspectors are familiar with renewables

At #APPrO, Satnik says definitely ensure all parts and equipment are CSA approved BEFORE installation

At #APPrO, Satnik reminds delegates not every renewable technology is good for everyone/everywhere. Flesh out what works best for you

At #APPrO, Satnik says Negawatts before Megawatts; that is, focus on conserving before building generation

At #APPrO, Kevin Dick says OPA considers where competition can be used to improve economic outcome

At #APPrO, Kevin Dick, dir. clean energy procurement at OPA, explains it must be consistent with integrated power system

At #APPrO, McGuinty says the approval process IS NOT A guarantee of getting social acceptance

At #APPrO, Gordon McGuinty (of failed Adams Mine trash site) asks “Are we going to allow environmental opposition to kill everything?”

At #APPrO, Lesson 5 of 5 for renewable energy proj. applicants: legal test is the balance of probabilities

At #APPrO, Lesson 2 of 5 for renewable energy proj. applicants: compliance may not be enough

At #APPrO, Lesson 1 of 5 for renewable energy proj. applicants: consultation is crucial

At #APPrO, Kulpa says you must demonstrate due diligence re. cultural heritage resources

At #APPrO, Dumais says REA approval process is not yet mature, and continually evolving

At #APPrO, attending session “The approval process for renewables: how is the system evolving?”

Day 2 of #APPrO at the Metro Toronto Convention Centre, South Building. See you there!

At #APPrO, the winner of the 2011 Probyn Prize is… father & son, Robert & Willis McLeese pic.twitter.com/7QHZo4Sa

At #APPrO, Bentley says se will meet our commitment to get out of coal generation by 2014

At #APPrO, Chris Bentley thanks delegates for their commitment and investments in Ontario

At #APPrO, a big thanks goes out to all the sponsors of the event!

At #APPrO, we’re sitting with John Raepple, David Collie, John Wiersma and others for Banquet Dinner.

At #APPrO, Cara Clairman of Plug N Drive Ontario explains electric vehicles are powered by “fuel” made here in Ontario

At #APPrO, EDA’s Keech says LDCs need investment! They need the freedom to operate and do what they do best

At #APPrO, Keech reminds us EDA is celebrating its 100th anniversary next year in 2012 pic.twitter.com/hr8YYDZw

At #APPrO, Jim Keech, chair of EDA (Electricity Distributors Assoc.), says govt treats us like a problem, rather than an opportunity

At #APPrO, van Beers explains transmission industry needs to “disaggregate”; spread risks among those with appetite for them

At #APPrO, Jon Norman of ON Ministry of Energy to discuss policy & next steps for T&D build out in the province

At #APPrO, Moore explains AESO’s competitive process is open to everyone, all over the globe

At #APPrO, next up is Elizabeth Moore, director competitive procurement with Alberta Electricity System Operator pic.twitter.com/n6sxPZh2

At #APPrO, Marcello says T&D is vital to keeping the lights on in Ontario: “We need support to build new facilities”

At #APPrO, Carmine Marcello of Hydro One Networks reminds us to also pay attention to transmission, not just generation

At #APPrO, attending session “Options for improving the system for grid expansion”

At #APPrO, MacDougall says be VERY specific with your comments/suggested changes to the OPA.

At #APPrO, another delegate points out that while some components have come down in price, other costs have gone up.

At #APPrO, MacDougall points out that FIT was about “kick-starting” while FIT 2.0 is about “sustainability”

At #APPrO, a delegate points put out that green jobs will be lost as the govt/OPA drag their feet on publishing FIT 2.0

At #APPrO, OPA’s Cronwright says it’s tough to balance time for FIT 2.0 comments against pressure to get something on the street

At #APPrO, MacDougall suggests future FIT projects may be assessed on provincial priorities, not position in the queue.

At #APPrO, MacDougall says, moving forward, FIT 2.0 contracts will not be awarded as quickly as under FIT.

At #APPrO, MacDougall says focus will shift from selling FIT projects to building them

At #APPrO, MacDougall says FIT 2.0 will specify MW targets over time AND across technologies

At #APPrO, Cronkwright figures we should see a draft of FIT 2.0 in January 2012.

At #APPrO, you can have your say on FIT 2.0 at ontario.ca/FITreview

At #APPrO, OPA’s Cronkwright says today’s green tech prices are lower than when FIT was launched, and have been declining for a while

At #APPrO, OPA’s Shawn admits there have been connection challenges with some FIT projects

EBMag at #APPrO. Sitting in on session “Getting to FIT 2.0”, FIT Program Review pic.twitter.com/cep5lM1R

EBMag is at #APPrO 2011 at the MTCC. Visit Anthony Capkun & Scott Hoy at BOOTH 216 pic.twitter.com/cZAEsuhU

EBMag will be at APPrO 2011: “Physics meets politics: Building a more integrated system”. Will you?