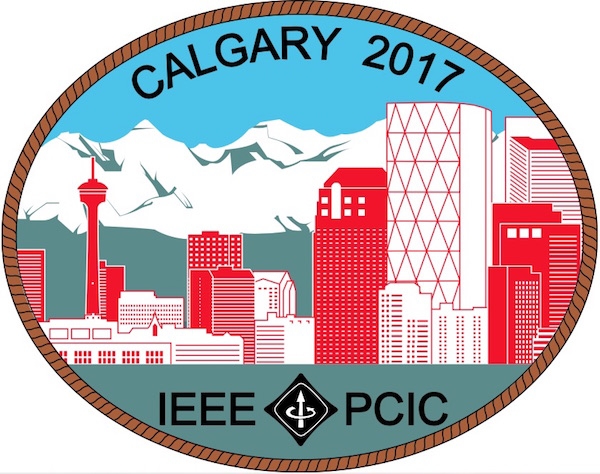 September 30, 2017 – The largest industry conference for the IEEE Petroleum & Chemical Industry Committee (IEEE-PCIC) has wrapped up in Calgary and, despite the recent weather-related disasters in the States, the event still attracted some 1435 delegates and 378 guests.

That in itself speaks volumes of the international importance of this event to electrical professionals involved in applications technology related to the petroleum and chemical industry. However, the event also drew delegates from outside of those industries because PCIC—like so many IEEE events—is regarded for providing top-quality papers on a variety of relevant subjects aimed at electrical pros.

This was my first time truly attending an IEEE PCIC conference. (I had stopped by the one held in Toronto back in 2011, but just long enough to chat with a few folks.) No, this time I committed several days to absorbing and learning and, now, reporting to you.

I wish I had more photos and videos to share but, unfortunately, the IEEE brass were pretty strict regarding those activities. However, I did manage to get away with shooting most of the recipients from the awards luncheon.

Learning tracks
A conference like PCIC is pretty massive. The sessions were arranged along several tracks—Electrochemical, Marine, Production, Refining, Safety—and one simply cannot get to all of them. Thankfully, I’ve been a card-carrying IEEE member for several years, which is handy, because it gives me access to thousands of papers. This way, I can always go back and check out all the new knowledge I missed while attending other sessions.

Membership has its privileges.

Besides the technical tracks, there were also various subcommittee meetings, tutorials and more. Some of the sessions would appeal to larger audiences because they weren’t too specific, like the presentation “Lithium-ion batteries for industrial applications”, while others could be laser-focused indeed, like “Deployment of MV drives in electrical submersible pumps in steam assist gravity drainage applications”.

Ultimately, there was something for everyone. Here are some the sessions that stood out for me.

Ground current pollution and “Zipse’s Law”
Local information can sometimes come from what seems the most unlikely of places. While listening to Donald Zipse’s presentation “History of grounding/earthing practices in the United States”, I learned he was involved in a movement in Ontario to pass an act prohibiting “objectionable current flow” (a.k.a. stray voltage, albeit erroneously). And he’s in Wilmington, Delaware!

This ground current pollution is a major problem for hospitals, manufacturing plants and farms. On farms, the levels of ground current pollution can become so high that human beings and animals feel electrical shocks. These shocks disrupt the comfort of human beings and animals and can harm their health and adversely affect farm income. Adverse effects can also occur even if there are no shocks.

(This issue was also covered by Patrick Lynch in his article “A ‘shocking’ community pool gets checked for stray voltage”, which appears in EBMag December/January, 2009/10.)

No electricity provider shall cause an objectionable current flow to occur,

When I checked the status of this Bill, it had passed First and Second Readings but, for some reason, was “referred to Standing Committee”, February 18, 2016. And it looks like it has been there ever since. (I contacted the MP who’s been championing Bill 161 for an update—Rick Nicholls, the MPP for Chatham-Kent-Essex—and hope to hear back.)

Zipse would like to see the causes of ground current pollution addressed, which include “antiquated distribution system in some areas, inadequate neutral returns, multiple grounded neutral conductors and poor quality of electricity generated by electronic equipment”.

Lithium-ion batteries for industrial applications
“The goal of this paper is not to convince you to go out tomorrow and buy a lithium-ion battery,” joked Yves Lavoie of Primax Technologies, but rather to educate delegates on the technology should they ever find themselves in the market for one.

Li-ion is not just one technology but a family of technologies, said Yves, noting there are numerous chemical pairings that produce different results (e.g. longer life versus higher energy density).

There are a couple of issues holding back Li-ion batteries from industrial applications, Yves explained. The first is the lack of a truly viable 125V system, and the second is perceived safety issues. On that second point, anyone who remembers the Samsung phone battery blow-up era might argue the safety issues are not perceived but pretty damn real.

However, Yves cautions, this is not representative of Li-ion battery tech, but an example of a bad battery design. The battery must be designed with a method for expelling gases should something run amok; and, if the design also breaks the circuit while expelling those gases, all the better.

IEEE 1683 is a guide, not a standard, explained the presenters behind the session “Designing and specifying MCCs to reduce hazards and risks by using IEEE 1683”. That’s because numerous options exist when specifying an MCC, so the guide’s authors felt it unwise to fill the document with prescriptive specs, or phrases like “thou shalt”.

The authors of the paper behind the presentation—Todd R. Sauve, Richard P. Anderson Jr., Tryton Bower and Kurt R. Mickler—pointed out IEEE 1683 encourages the use of new and not-so-new technologies for maintenance operations, such as remote switch operators or IR camera windows that keep workers from having to open doors during maintenance.

Safety just as important… as always
During his presentation “Practical execution of the risk assessment process in electrical safety”, EBMag’s own “Electrical Safety 360” columnist Mike Doherty argued we don’t provide enough clarity to workers, and we don’t train our supervisors well enough. “Less-than-adequate job planning is often the root cause of shock and arc flash incidents,” said Mike, “but, dig deeper, and you find problems with management,” systems and more.

Lucky for readers of Electrical Business Magazine, a lot of Mike’s discussion can be found across his regular columns, which you can find at EBMag.com under Safety.

“We will never reduce risk to Level 0,” said Daniel Roberts of Schneider Electric, whose presentation followed Mike’s, “so we try to achieve a level of risk that is tolerable.”

During the course of his presentation, “Applying risk assessment at the worker level”, Daniel repeatedly drove home the proper definitions of hazard and risk as understood by the professional health & safety community. Only when we speak the same language, Daniel argues, can true health & safety understanding occur.

To review, a hazard is a source of harm. Any kind of harm. A hazard either exists or it does not. Plain and simple. Period. Risk is a combination of the likelihood and severity of that harm. Daniel then explained the two kinds of risk assessment: hazard-based and task-based. CSA Z462 “Workplace electrical safety” focuses on the latter.

Ultimately, we need to “direct workers away from experiential risk assessment to analytical risk assessment,” Daniel suggested. This means it’s not enough to execute a procedure believing the risk is low simply because that’s the way we’ve always done it and nothing bad has ever happened. No, the decision to go ahead with a procedure in a specific way has to be based on a true analysis of the risks, not guesswork and anecdotes.

Both Mike and Daniel discussed the importance of documented procedures that go into a managed health & safety process—which is to be regularly audited—and both touched on something we’ll be covering more in Electrical Business Magazine: human performance issues. These can manifest in a number of ways, ranging from failure or refusal to follow instructions to work errors and so on. And what’s going on in the worker’s life behind the scenes to cause these issues?

Awards, suites and future dates
When I uploaded my photos from the Awards Luncheon that same evening, I did not include any commentary, but the most important takeaway for me was the notion—reiterated by some of the award recipients—is this: if you want to change things, if you want to improve things, you have to get involved. You have to volunteer for committees, you have to volunteer your time and expertise to standards development and advancing the industry.

You have to get involved and be involved.

Unlike most other conferences I attend, PCIC does not feature a tradeshow—not even tabletops. Instead, suppliers host “socials” a.k.a. “vendor hospitality rooms”, which are “a means of entertaining customers, making and renewing acquaintances, and for commercial discussions on an individual basis”.

These socials can be a lot of fun. The hosts might hire bands, magicians or other forms of entertainment, provide you with food and drink and, generally, create a low- to no-pressure atmosphere for chatting about work challenges and successes, getting caught up with your network that you haven’t seen in a year or more and, usually, for meeting new resources who can help you with solutions down the road.

Thanks to all of the hosts!

To all the new people I met—and to those I already know but was happy to see again (you know who you are)—it was great to meet/see you! And a special thanks to Ernie and Tim, Raed and Tyrone.

Next year’s PCIC conference (2018) is being held in Cincinnati, Ohio, but the 66th edition returns to Canada in 2019. That PCIC is being hosted in Vancouver, September 9-11.