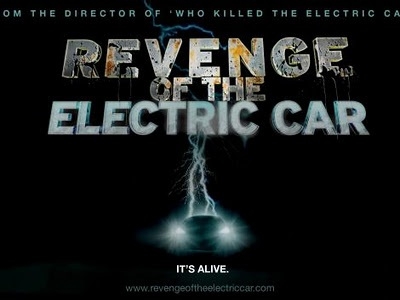 February 24, 2012 – A sequel to Who Killed The Electric Car?, Revenge of the Electric Car reaffirms the electric car is back. Director Chris Paine takes us behind the scenes and ushers us into a new dawn of cleaner commuting in this film where companies realize that taking a risk on a ‘new’ green option might just be worth it.

Join Plug’nDrive Ontario at the Carlton Cinema, Toronto, Ont., for an evening of networking, light refreshments and a special screening of Revenge of the Electric Car. The film starts at 7:00 pm, but feel free to drop by any time after 5:30 pm.