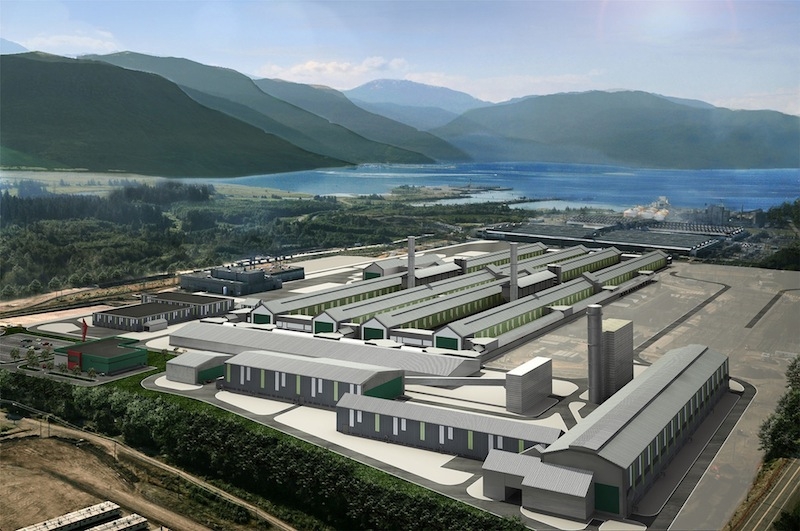 December 2, 2011 – Rio Tinto has given the green light to an additional $2.7 billion US capital investment to modernize its aluminum smelter in Kitimat, B.C., allowing the completion of the $3.3-billion US project in 2014.

The Kitimat modernization project will increase the smelter’s current production capacity by more than 48% to about 420,000 tonnes per year, says Rio. Of note, the modernized smelter will be powered exclusively by wholly owned hydropower, and use proprietary AP40 smelting technology to reduce the smelter’s CO2 emissions by about 50%.

“This project draws on two of our greatest competitive advantages: clean, self-generated hydropower and leading-edge AP smelting technology,” boasted Jacynthe Côté, chief executive of Rio Tinto Alcan. “Once completed, Kitimat will be one of the most efficient and lowest-cost smelters in the world, and will better position us to serve the rapidly growing demand for aluminum in the Asia-Pacific market.”

“For nearly 60 years, the smelter has been a major impetus for the economic development of northwest British Columbia,” said Jean Simon, president, Primary Metal, Rio Tinto Alcan. “This is one of the largest private investments in B.C.’s history, and it will ensure the sustainability of the aluminum business in Kitimat for decades to come.”

The modernization project will secure about 1000 specialized jobs in the province’s northwest, says the company, and 2500 jobs during the peak period of the construction phase.