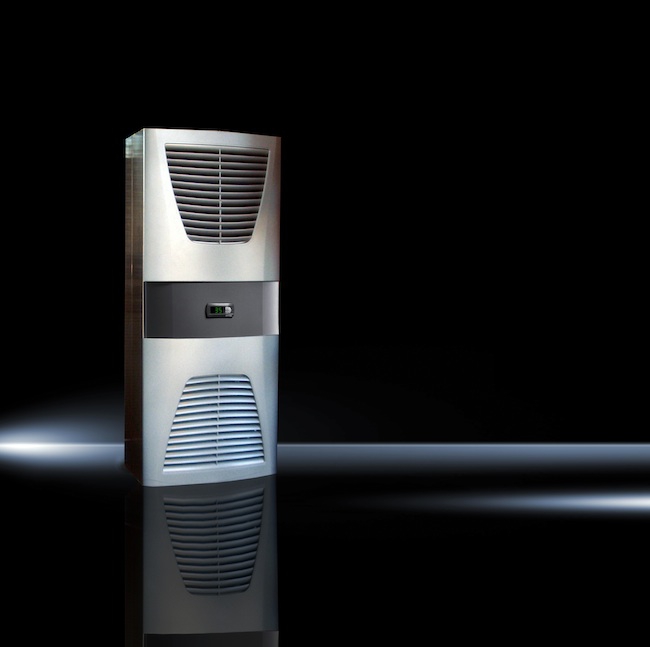 November 1, 2013 – Rittal is offering a stainless steel version of the standard Blue e cooling unit, which claims to maintain NEMA 12 protection ratings of the enclosure as well as protect in dirty environments where hygienic concerns are paramount.

The company has also released its NEMA 4X cooling units, which boast a special stainless steel hood to withstand hosedown cleaning and chemical washes. These wall-mounted stainless steel enclosure cooling units feature 304 stainless steel covers, while the nominal cooling output covers 300W-4400W and rated operating voltages of 115V, 230V and 400/460V AC. According to Rittal, ambient air is used to cool refrigerant, which removes the heat from the air inside the enclosure, at a high temperature and pressure.