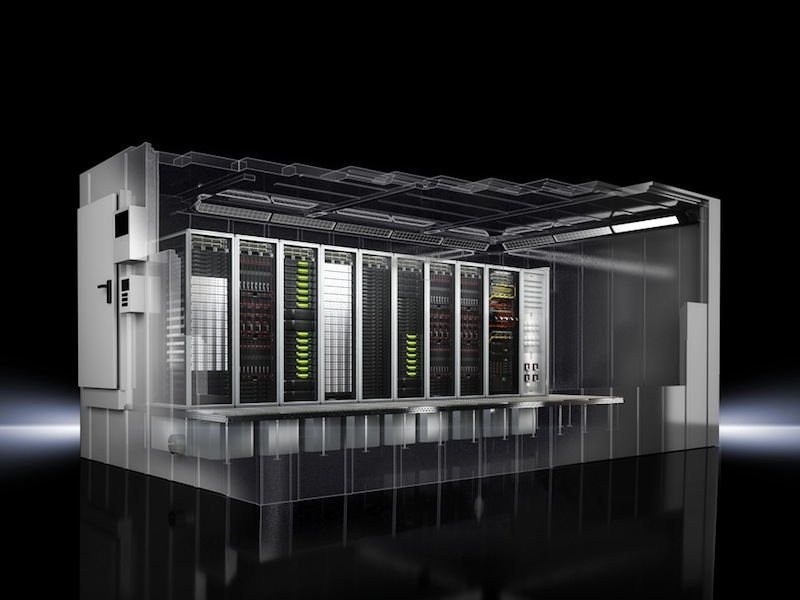 April 12, 2013 – Rittal says its RiMatrix S is the world’s first concept for standardized data centre construction. It is based on pre-planned, pre-configured and coordinated data centre modules, which can be used for both new data centres and extensions to existing ones. RiMatrix S can be delivered within six weeks of ordering, says Rittal, and comprises the following standard components: a defined number of TS IT server and network racks, climate control, power supply and back-up, as well as monitoring functions. Together, they form a complete server module. To allow a higher packing density of the server and network components, Rittal has developed a new climate control system (zero-U-space cooling system a.k.a. ZUCS) for the RiMatrix S, completely implemented within a false floor.