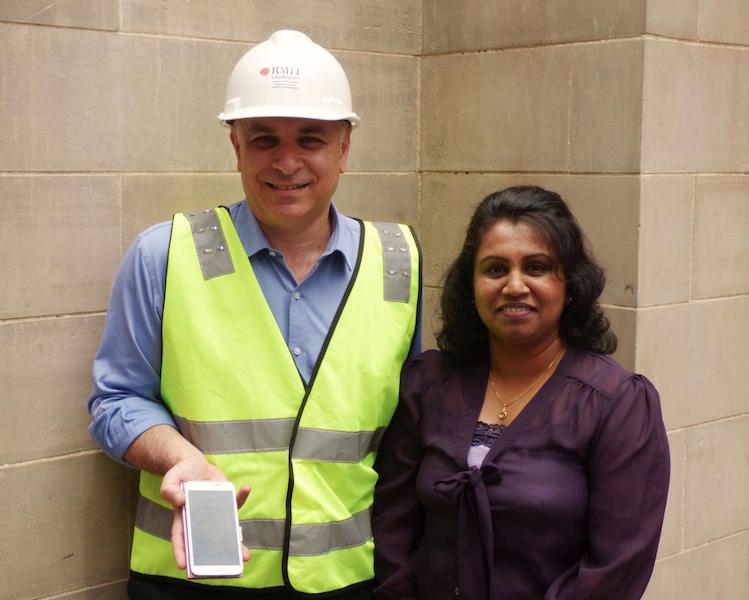 March 18, 2016 – To combat the threat of heat stress, a smart vest has been developed to monitor the health of construction workers in real time.

“Heat related illness is of serious concern in the construction industry, and can lead to fatalities,” said Dr. Ruwini Edirisinghe. “It can cause heat stroke and damage to body organs and the nervous system resulting in permanent disability or even death.”

Developed at RMIT University in Melbourne, Australia, the vest uses sensors to measure a worker’s body temperature and heart rate, and sends the data wirelessly to a smartphone app, which instantly alerts users to any anomalies.

Edirisinghe has been working on the smart vest concept as part of her research into improving worker safety for more than a year.

“A big part of the problem is some workers don’t recognise the early warning signs. This technological solution will hopefully change that,” she said. The signs and symptoms of heat illness can include feeling sick, nauseous, dizzy or weak. Victims can also become clumsy, collapse, suffer convulsions and die.

“Globally, the construction industry is one of the lowest-performing industries in terms of its safety record,” said Edirisinghe. “Construction workers in extreme temperatures and humid environments, confined spaces and near radiant heat sources are vulnerable to risks.”

Edirisinghe said her smart vest kit takes the guesswork out of heat-related workplace safety by alerting construction workers or their supervisors before such problems arise. Data from the vest can be sent direct to a smartphone app via Bluetooth.

She adds she has plans to extend the smart vest system to include smart glasses, enabling wearers to ‘see’ warnings about the state of their own health and well-being projected right before their eyes.