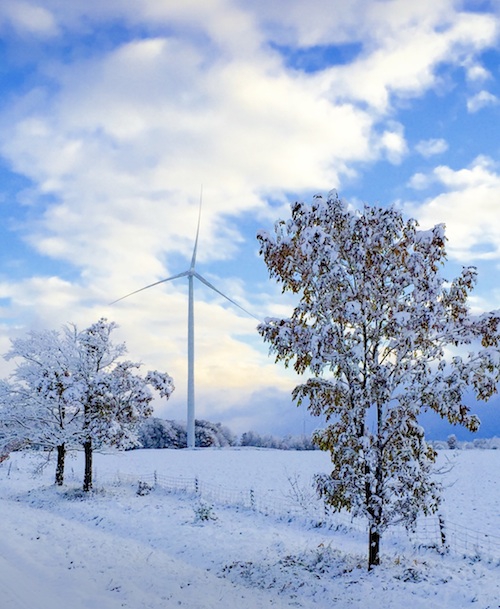 February 1, 2016 – Samsung Renewable Energy and Pattern Development’s 180MW Armow Wind power facility in Ontario is now up and running. The companies say it is expected to generate enough energy to power about 70,000 homes each year.

“Samsung is proud to complete our fourth wind project under our Green Energy Investment Agreement with the government of Ontario,” said Steve Cho, vice-president at Samsung C&T. “Armow Wind created more than 350 jobs during peak construction and supported over 750 workers from our Ontario manufacturing facilities.”

Towers for the 91 Siemens 2.3MW wind turbines were made in Windsor, Ont., the companies said, and more than 750 Ontario workers manufactured the 273 blades in Tillsonburg, Ont.

Pattern said Armow Wind is also bringing economic benefits to the Kincardine community, including more than $75 million over 20 years in property taxes, landowner lease royalties and community benefits. Armow Wind also committed $13.6 million dollars to the Municipality of Kincardine as part of a long-term Community Benefit Program, which supports education and other initiatives, including a contribution of $1 million to the Kincardine Airport to improve local operations.