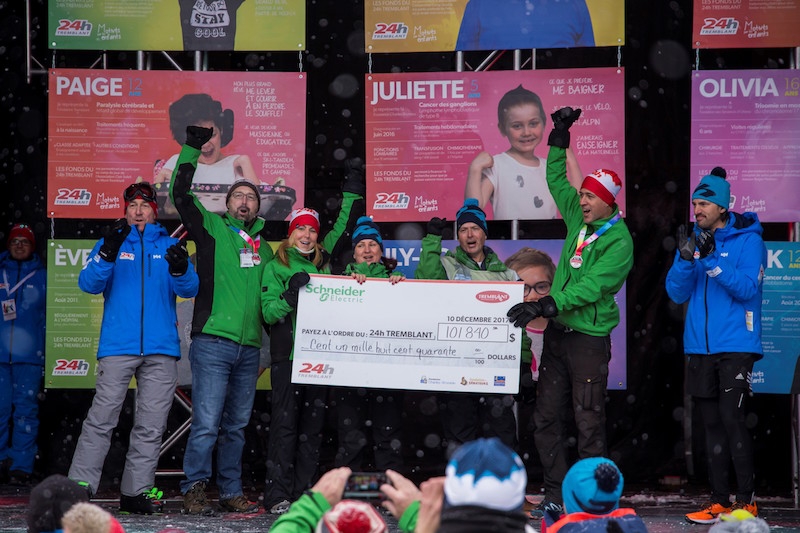 December 18, 2017 — For the eighth year in a row, Schneider Electric participated as a sponsor in the 17th annual Tremblant 24h.

The company was one of 366 teams participating in this year’s events, which took place from December 8 – 10 in Mont-Tremblant, Que. Since first participating in 2010, Schneider Electric Canada has raised more than $350,000 for Tremblant 24h.

In total, this year’s event raised $3,868,742 to be donated to the Foundation Charles-Bruneau, the Ottawa Senators Foundation and Fondation Tremblant.