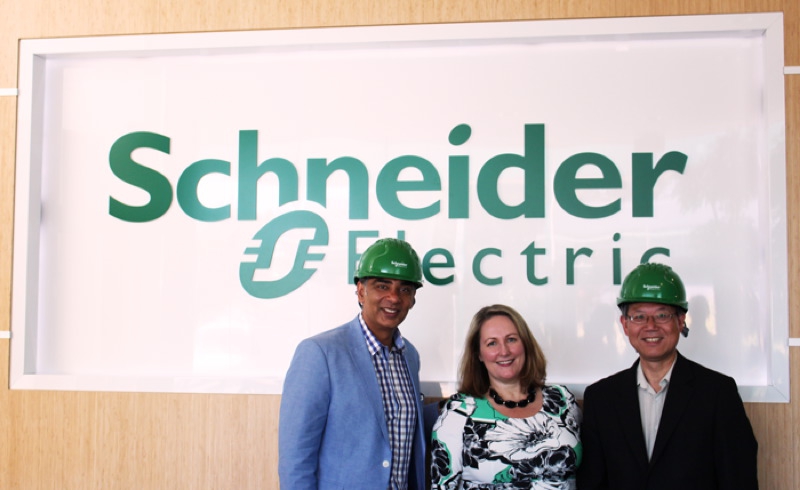 The lab, one of the largest of its kind in North America—according to Schneider Electric—was built to facilitate the company’s next generation, three-phase central inverter platform. It was opened on July 8, 2014 by B.C. Premier Christy Clark.

Guests of honour in attendance for this year’s celebration included Amrik Virk, the provincial minister of Technology, Innovation and Citizens’ Services, and Richard Lee, MLA for Burnaby North.

“At Schneider Electric we believe the future is solar powered and we were delighted to give Minister Virk a behind-the-scenes tour of the MicroGrid Lab and our next generation platform,” said Jill Tipping, vice-president of operations & CFO with Solar Business, Schneider Electric. “The technology solutions we develop here in BC are deployed globally, making Schneider Electric one of the global leaders in PV energy management systems.”