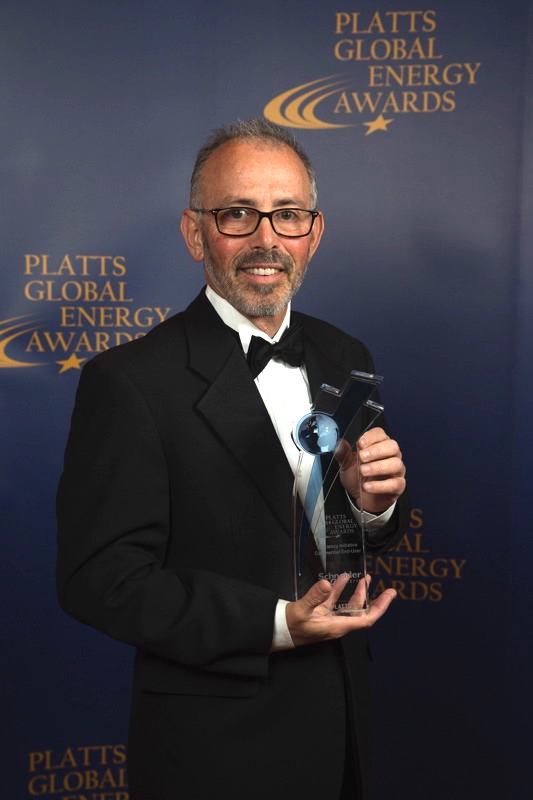 December 22, 2014 – In recognition of its efforts to conserve and manage energy consumption at more than 300 of its facilities around the world, Schneider Electric was honoured with a Stewardship Award at the 2014 Platts Global Energy Awards. Congratulations!

“Energy efficiency is in our DNA, so we are especially proud to be recognized for the extensive efficiency programs we’ve implemented in our own facilities,” said Chris Hummel (other photo), chief marketing officer with the global energy management player, adding the award is recognition of the company’s “commitment to adopt best practices internally”.

Schneider received the Stewardship Award for Efficiency Initiative in the Commercial End-User category for results achieved through the company’s Energy Action Program. Launched in 2011, the program involves the company employing its own best practices and developing new energy-saving techniques at its own facilities around the world.

By the end of Q3 2014, Schneider had exceeded the program’s targets by reducing core energy consumption by almost 13%. At the same time, the company has increased revenue from Green Premium products to more than 70% of its total business (another goal of the program).