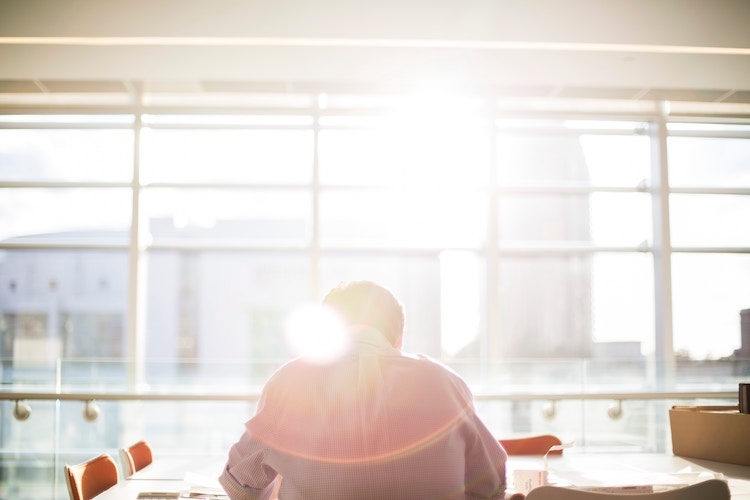 June 18, 2019 – There is an interesting change happening in lighting today, whereby projects are being designed around the users of a space, rather than around the space itself. This is not so much a trend as it is a shift in mindset.

When you think of traditional office lighting, you might picture a row of fluorescent tubes, buzzing overhead and flooding the area with cool white light. In the past, such lighting systems were selected for their function and what needed to be lit, without much thought given to the users of the space. That is now changing, for a number of reasons—some of which are backed by science.

Impact on people
Over the last several years, more and more attention has given to light and how it affects people.

Professor Russell Foster, chair of circadian neuroscience at the University of Oxford, has studied how light regulates people’s circadian rhythms—i.e. their physiological processes over the 24-hour period of a day. According to his research, light can affect our sleep cycles, our overall health and our productivity.

Much of the research in this area focuses on how different intensities and colours of light can affect people on a neurological level. With many people spending most of their time in an office or similar workplace, they are exposed to the same types and levels of light for long periods every day, which may make them prone to headaches, irritability and eyestrain.

The concept of human-centric lighting (HCL) addresses these issues. In particular, attention is paid to how colours and levels of lighting can be adjusted over time for the people occupying a given office space.

By way of example, adjusting office lighting to simulate changes in outdoor sunlight levels, based on the time of day, has been proven to enhance productivity. The dynamism of the effect helps people get into a better headspace and generally makes them more comfortable.

At the same time, however, another change is happening that also needs to be accounted for in lighting design: office spaces are not only being used in traditional ways. That is to say, many people are not just sitting at their desks all day. Instead, they are moving around to different spaces, participating in meetings and organizing social gatherings. There are many variables to consider, which lighting systems need to be able to accommodate.

In large facilities, especially, it is important for reasons of energy efficiency to enable control over various lighting systems based on occupants’ changing requirements, as opposed to simply leaving all of the lights on all of the time. As such, office lighting—in an overall sense—needs to become more versatile.

How to design better
The technology for HCL applications already exists, primarily through the use of LEDs, where standard colour temperatures in environments like these are shifting to a more comforting mix between 3,500 kelvins (creamy white) and 4,100 kelvins (neutral white).

Sensors are also integral components, as they enable ‘smart’ lighting. By way of example, daylight harvesting sensors can adjust brightness levels of artificial lighting to account for incoming natural light.

Motion sensors can automatically dim or turn off lights when a space is not being used. They can also be tied into plug loads, so as to reduce power to plugs and associated hardware.

These types of hardware can be added easily to existing fixtures to create a ‘smart lighting’ infrastructure and future-proof an office building’s systems. The groundwork is laid for centralized building management systems, the capability for office managers to control lighting from their smartphones and even integration with specialized building software, such as for security sign-in and facial recognition.

Another method for achieving HCL is indirect lighting, which allows for an overall reduction in harshness. Potlights and recessed troffers are excellent go-to options to maintain consistent lighting patterns.

There is also a movement toward task and decorative lighting in office environments. Task lighting, such as desk and floor lamps, provides individual control, so users only illuminate the space they need, as opposed to flooding the entire floor with light.

Decorative and design-oriented fixtures, meanwhile, can both be functional and make an office space more inviting, appealing and comfortable for longer periods. A diversity of interesting fixtures, including pendant lighting and even chandeliers, is becoming increasingly popular for today’s workspaces.

Another important method is allowing for greater forethought in the design stage. This may involve facilitating a discussion between the electrical contractor, the property manager, the lighting designer and other relevant players early on, so as to understand the space before working from there.

Commercial lighting experts also have opportunities to teach clients about updating lighting in pre-existing spaces, where new hardware and wireless controls can be added to the infrastructure. There may be many options to consider.

For that matter, new lighting systems are very scalable. There is a chance to implement them first in small test areas, one at a time, to get used to them and to learn more about what works for the space, before expanding them throughout a facility.

Advantages of HCL
The overall positive effect of HCL on office workers’ well-being has been scientifically proven. It is also a benefit for their employers, since happier employees are more productive and more likely to stay in an organization.

As for property owners, better-designed lighting systems can help attract high-quality tenants and help retain existing ones. By differentiating a space, it may increase its value.

For most electrical contractors across Canada, HCL represents a new offering to their clients. The current knowledge base is still low, so there is a significant opportunity to educate their clients, increase—and add value to—their services and get to handle more projects.

More ‘thoughtful’ lighting is also more efficient lighting, contributing to an overall reduction of energy consumption, prolonging the useful life of hardware and reducing maintenance costs. It is important to convey this benefit to customers.

It is not a matter of if office building managers switch to HCL, but of when. Electrical contractors who get a head start on learning more about this field and delving into designing systems accordingly will benefit the most in the long run.

This article originally appeared in the June 2019 issue of Electrical Business magazine.