News
Searching for 1000 times the capacity of 4G wireless 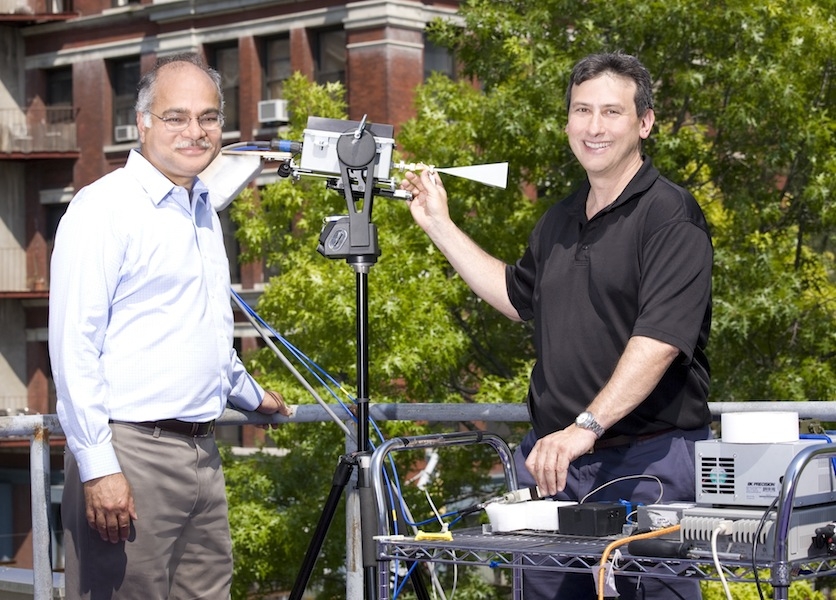 July 19, 2012 – Researchers at Polytechnic Institute of New York University (NYU-Poly) have assembled a consortium of government and business support to advance beyond today’s fourth generation (4G) wireless technologies toward 5G cellular networks that could potentially increase cell phone capacity by more than 1000 times.

The National Science Foundation (NSF) in the United States has awarded the team an Accelerating Innovation Research (AIR) grant of $800,000, matched by $1.2 million from corporate backers and the Empire State Development Division of Science, Technology & Innovation (NYSTAR, which supports the project through its longstanding partnership with NYU-Poly’s Center for Advanced Technology in Telecommunications [CATT]). Industrial partners include InterDigital, National Instruments (NI) and faculty startup company Asension Laboratories.

The 5G project aims to develop smarter and less expensive wireless infrastructure by means of smaller, lighter antennas with directional beamforming to bounce signals off of buildings using the millimetre-wave spectrum, where 50 to 100 times more user capacity is available. It will also help develop smaller, smarter cells with devices that cooperate rather than compete for spectrum.

“Bandwidth-hungry devices are doubling wireless spectrum demand every 12 to 18 months,” said professor Shivendra Panwar, principal investigator on the 5G project. “The 4G wireless networks increased the efficiency of spectrum usage, but this project pursues disruptive technologies that will significantly relieve the pressure.”

The move to the relatively unused and inexpensive millimeter-wave spectrum is being led by professor Theodore (Ted) Rappaport. “Millimeter wave communications are the next frontier of the wireless age,” predicted Rappaport. “This 5G project will offer tremendous value to the $1-trillion cellular industry, including helping to develop standards that will enable others to accelerate their research.”

The project is supported by the NSF’s AIR program, which creates research alliances between existing NSF-funded consortia and partners from the world of business and entrepreneurship. These awards were designed to accelerate the innovation of products, processes and/or systems built upon the research foundations of each consortium.