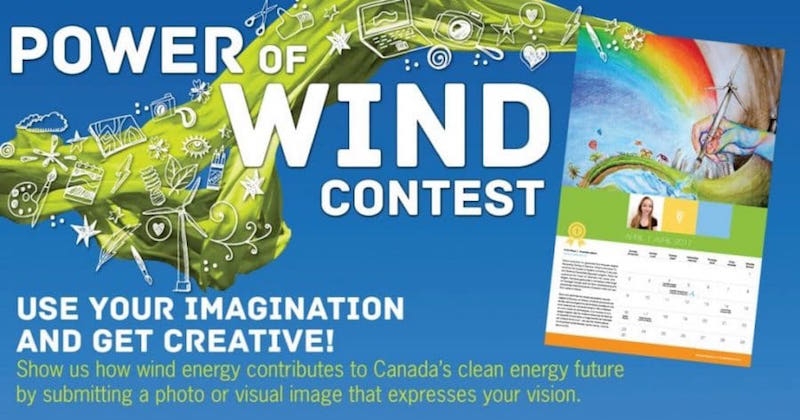 Contestants are invited to submit a photo or visual image that conveys their vision of how wind energy can contribute to Canada’s future. This year’s Power of Wind contest is open to post-secondary students and members of the general public across all Canadian provinces and territories (except Quebec). The top two post-sec student entries will each receive a $1000 bursary, with a third $1000 prize awarded to the best submission from the general public.

Robert Hornung, CanWEA president, says the association is “forward to seeing the creative ways Canadians find to present their views on an issue that is so important to our economic growth and environmental sustainability”.

Winning entries will be announced in an issue of WindSight magazine and, along with up to 10 honourable mentions, will be featured in the 2018 Friends of Wind calendar.

The deadline for submissions is August 1, 2017.