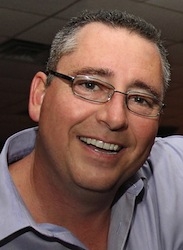 Some of you will watch this video and ask the question in the title: “Should Ontario’s Electrical Safety Authority provide electrical tips?” i.e. help non-electrical professionals do their own electrical work?

Shouldn’t they instead instruct DIYers (do-it-yourselfers) to avoid any and all electrical work at any cost? Instruct them to always—no matter what—hire a licensed electrical contractor?

Ontario’s Electricity Act and the Safety and Consumer Statutes Administration Act and Regulations establish the Electrical Safety Authority’s (ESA) responsibility for regulating the safe use of electricity and equipment in Ontario, enforcing the Ontario Electrical Safety Code, and appointing Inspectors.

There’s nothing in there about advertising the services electrical contractors provide, so what about ESA’s Mission?

Improve electrical safety for the well-being of the people of Ontario.

As Mission statements go, it’s pretty simple and straightforward but, again, there’s nothing in there about acting as official spokesperson for the electrical contracting community.

Under its current mission, all ESA has the power to do is to strongly suggest consumers hire licensed electrical contractors for their electrical work. And when you watch this video, you’ll hear Steve Smith make that very same suggestion numerous times.

Ultimately, it is up to the electrical contracting community to advertise itself, and the professionalism, safety, correctness and value it brings to the table.

It would be unrealistic to expect ESA, or anyone else for that matter, to ignore DIYers… that would be akin to not teaching your kids about STDs and birth control and expecting them to live celibate lives until marriage. Would you rather play ignorant, or face facts?

No, until such time as electrical products are completely removed from retail shelves, ESA should give what pointers it can while continuing to highlight the dangers of lethal energy, and encourage everyone to use licensed electrical contractors.