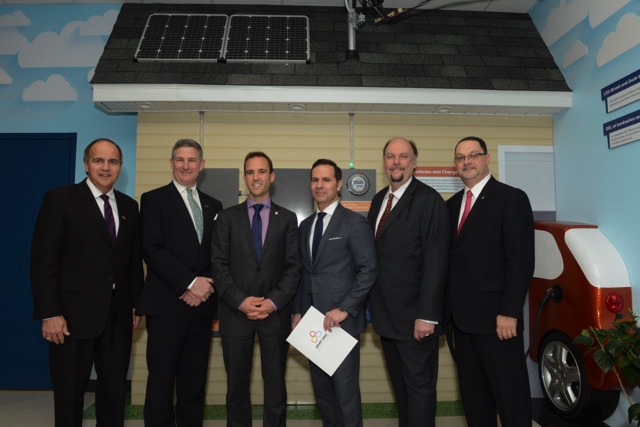 January 28, 2016 – “This partnership will support local businesses and entrepreneurs, while positioning New Brunswick as a centre of excellence to attract companies that want to develop and test smart grid technology,” said Donald Arseneault, N.B.’s minister for energy and mines, speaking of the launch of a new testing platform “to drive innovation and support business ideas for development and export to world energy markets”.

SGIN will offer businesses a venue to design, develop and test smart grid-related products and services. It will allow companies to test and adapt products using smart grid technology, enabling them to communicate with other products and respond to the demands of the electrical grid.

“This Smart Grid Innovation Network is Siemens’ newest investment in New Brunswick, and we are incredibly excited about SGIN as a catalyst for innovation and development in the business community with smart grid-ready products and services as the outcome; not only to support smart grid deployment here in New Brunswick, but to promote it throughout the Siemens world and beyond,” said Hardt.

The SGIN is comprised of three interconnected labs, each with a number of virtual and physical elements, including:

“This new network will provide local and global companies a chance to build on the R&D already happening here and promote greater innovation for the benefit of New Brunswickers,” said Thomas.

The partners say SGIN will host workshops and conferences to engage and exchange knowledge among users and potential users of the network.

At a government level, SGIN is also supported with a non-repayable contribution of $2 million from the federal government through ACOA’s Business Development Program to UNB for the creation of a Living Lab that will support the smart grid power management R&D activities, as well as an $840,000 provincial government investment by Opportunities New Brunswick (ONB).

“Our collaboration with NB Power and Siemens on the Smart Grid Innovation Network is one of the many examples of the rich ecosystem of innovation we have in this province,” said Burns. “We see immense potential for the SGIN to foster the co-creation of intellectual property at the cutting edge of smart grid technology.”