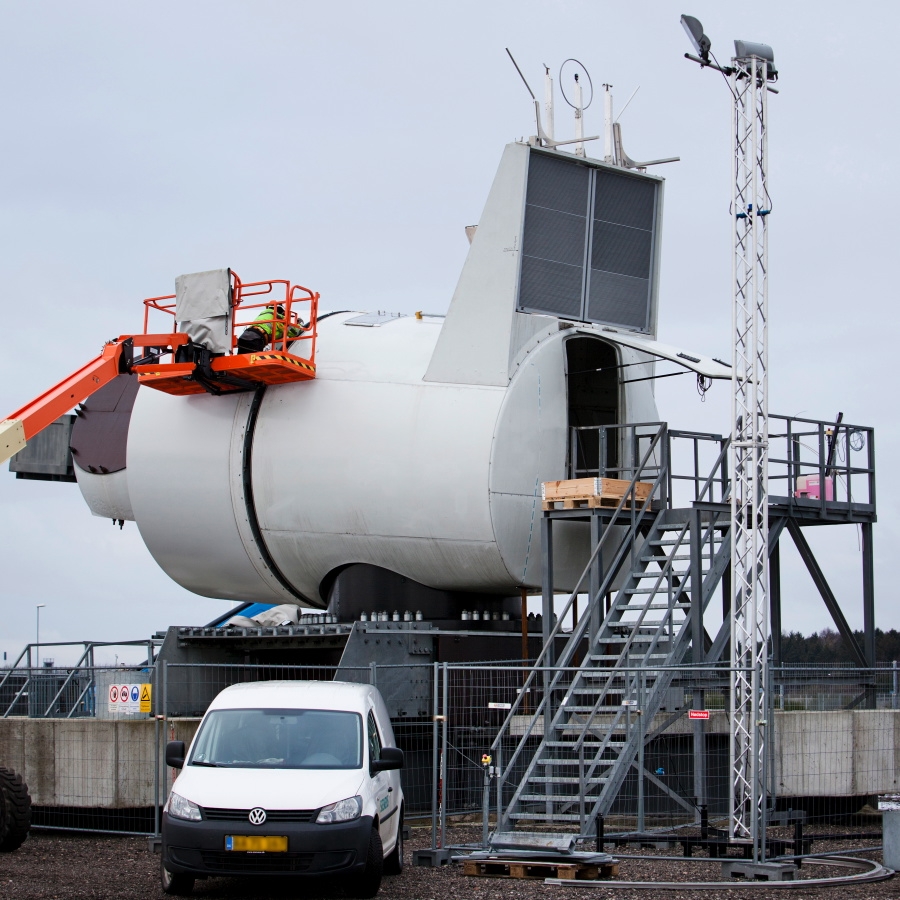 “Our investments in testing today will result in savings for our customers tomorrow,” said Felix Ferlemann, CEO of the Siemens Wind Power Division in Siemens Energy. “With our extensive tests of all major components of a wind turbine, we can significantly reduce the risk of technical issues in the field.”

The two test centres feature indoor testing facilities of more than 27,000 m2. The nacelle test stands in Brande are capable of testing Siemens’ D6 direct drive platform, the company’s largest current wind turbines with a 6MW rated capacity, and are prepared to test even larger turbines.

The seven blade test stands in Aalborg and three blade tests stands in Brande together form the largest blade test facility in the world both in size and in scope, boasts Siemens. The Aalborg facilities are not only able to fully test Siemens’ 75-m long B75 blade, but even larger blades. Wind turbine blades are now bigger than any other composite structure in the world, says Siemens, adding that the wing of an Airbus 380 is less than half as long as the B75 blade.

PHOTO 1: A Siemens researcher analyzing materials in the lab in the new test facility in Brande, Denmark.

PHOTO 3: Nacelle of the D3 wind turbine platform in the test bed in Brande, Denmark.

PHOTO 4: Generator test of the D3 wind turbine platform in the test bed in Brande, Denmark.

PHOTO 5: All the tests can be easily monitored on-screen in the new wind turbine test facility in Brande, Denmark.