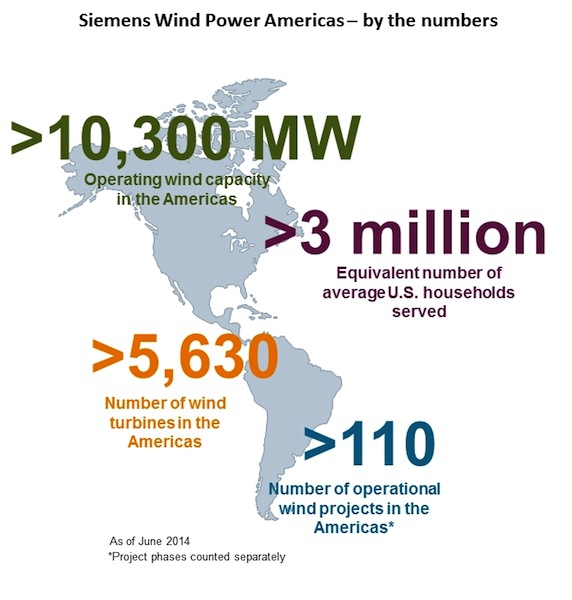 July 7, 2014 – Siemens reports it has reached a 10GW installation milestone with the commissioning of the 38th wind turbine at the South Kent wind power project in Ontario in April 2014.

“The wind industry has experienced tremendous growth over the last decade,” said Mark Albenze, CEO of Siemens Energy’s Wind Power Onshore Americas business, adding that, “As a result, we have been able to invest significantly in the Americas in order to service key wind markets such as the U.S. and Canada.”

The company says its wind power business has “grown significantly” since it opened its Americas headquarters for Wind Power in Orlando, Fla., in 2005. In 2006, the company started producing wind turbine blades in Fort Madison, Iowa, followed by a nacelle assembly facility in Hutchinson, Kan., in 2010, then another blade factory in Tillsonburg, Ont., in 2011.