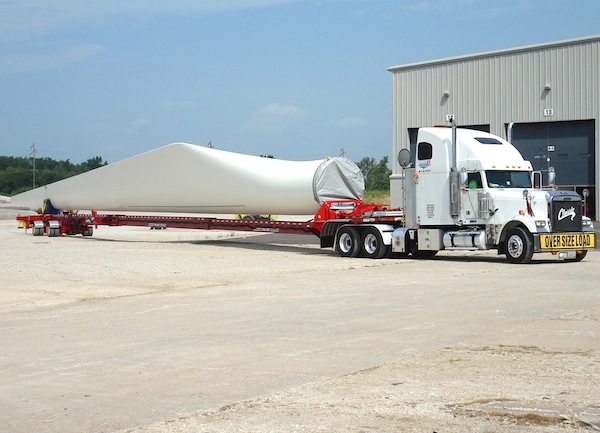 “Tillsonburg! My back still aches when I hear that word.” — Stompin’ Tom

Siemens has selected Tillsonburg, Ont., for its Canadian wind turbine blade manufacturing site. The factory will be established in an existing 253,000-sf facility, located on 40 acres, that was originally opened in 1975. It’s the company’s first manufacturing plant for wind turbine components in Canada, and represents an investment in excess of $20 million.

The manufacturing, service operations and associated back-office activities are expected to create up to 300 jobs. An additional 600 related jobs for the construction and commissioning is expected to be created during the build-out of the wind farms under agreement with Samsung and Pattern Energy.

According to Ontario’s Ministry of Energy, Samsung and its partners are investing $7 billion in Ontario to open four manufacturing plants, create 16,000 direct and indirect clean energy jobs, and generate 2500 MW of wind and solar power. In the last year, over $9 billion in private sector investment (creating an estimated 20,000 new jobs) has been committed to clean energy projects in Ontario. The province is Canada’s leader, boasts the government, in wind and solar capacity; home to the largest wind farms in Canada; and currently home to the largest solar PV farm in the world. To date, added the ministry, more than 20 businesses have announced they are setting up or expanding plants to manufacture parts for the solar and wind industry, creating new jobs in Ontario.

“Samsung is very proud to work with Siemens Canada to build the province’s first blade factory,” said Chi Sung Ha, president, Samsung C&T Corp. “This is the second of four Samsung-led facilities that will serve Ontario’s growing wind power generation market and beyond. We are a proud partner in Ontario’s clean energy economy and applaud the government’s commitment to renewable energy.”

This new manufacturing facility in Tillsonburg is intended to allow Siemens to help Samsung and Pattern Energy meet their contractual requirements to supply 600 MW of renewable energy to the province of Ontario. The factory is expected to produce all of the wind turbine blades for Siemens projects in the province.

“By investing in a new blade production facility in Canada, Siemens is pushing further ahead with the regionalization of its wind manufacturing network in important markets,” said René Umlauft, CEO of the Siemens Renewable Energy Division. “In 2009, Canada entered the ‘Top 10 wind power markets in the world’ by installed capacity.”

Siemens currently has eight projects with a capacity of about 950 MW commissioned or underway in Ontario and Manitoba. Canada’s current installed capacity climbed by 40% to 3549 MW in 2009. Wind power capacity in Canada is expected to increase to more than 15,000 MW in 2020, says Siemens and, thus, is projected to provide about 11% of the country’s total power generation.

“Pattern Energy looks forward to using the wind turbine blades from Ontario’s first blade factory in the world-class wind projects we are developing in this province and with Samsung Renewable Energy,” said Mike Garland, CEO Pattern Energy. “Ontario should be proud of being a North American leader in bringing government and the clean energy industry together to create jobs and economic development.”

Renovations to the Tillsonburg facility will begin later this month with the facility expected to be production ready in October 2011. The blades manufactured at the new facility will be for Siemens’ 2.3-MW wind turbines.

The site was selected for a number of reasons, such as excellent access to major highways and wide roads to transport the blades (which are up to 170-ft) long.

“By opening a new factory in Canada, we will be able to increase our ability to competitively serve the important North American market,” said Bill Smith, senior VP, Siemens Energy Sector. “We are extremely pleased that we are opening our first Canadian facility in Ontario.”

Through its Green Energy Act and the associated Feed-in Tariff (FIT) program, Ontario has become one of the most supportive provinces of wind and other renewable forms of energy, says Siemens.

“Siemens is bullish on prospects for Canada and, as a result, will continue to work with other developers on future projects and may expand the facility to serve these interests.”