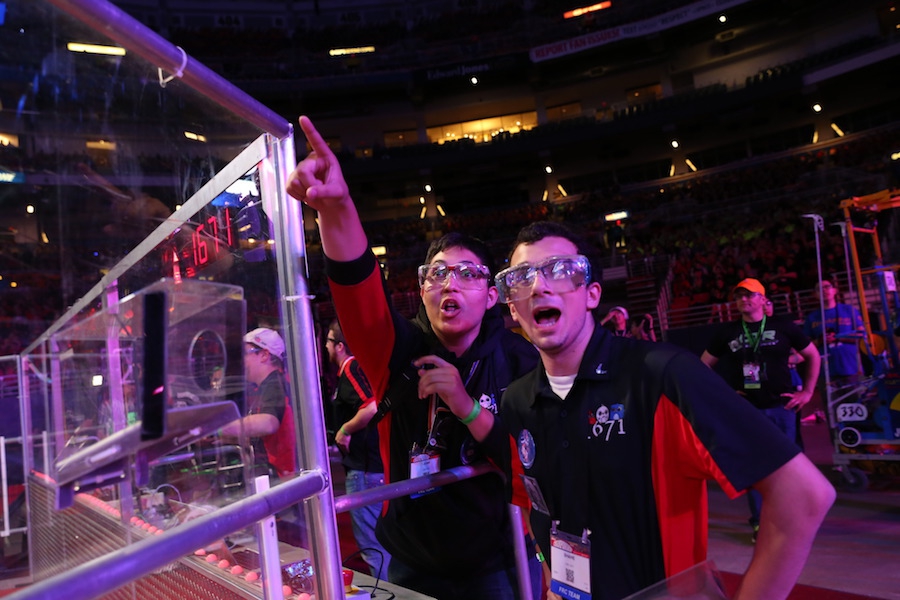 January 13, 2016 – “We’re honoured to sponsor and assist these high school robotics teams and can’t wait to see the competition results!” said Joris Myny, SVP with Siemens Canada, referring to their sponsorship and support of six teams—5 in Ontario and one in Quebec—in the 2016 FIRST Robotics competition season. The line-up includes:

The 2016 competition challenge “FIRST Stronghold” was revealed January 9. VIDEO ABOVE. This is a medieval-themed tower defence game in which two alliances of three teams each compete to score points by breaching the opponent’s outer works and capturing the opponent’s tower.

“The students engaged with FIRST Robotics teams represent the future leaders in Canadian industry and, by supporting them, we help cultivate an interest and a passion in technological innovation and engineering. This benefits not only our future leaders, but Canadian industry, communities and the country as a whole,” added Myny.

In the robotics competition, teams of 25 students or more raise funds, design a team brand, hone teamwork skills, and build and program robots to perform prescribed tasks against a field of competitors. Built from scratch in six weeks, the robots compete in a series of events organized throughout Ontario and Quebec.

In addition to a total $30,000 financial sponsorship of the teams, Siemens has provided an in-kind grant of laptops to some of the student teams, which have been refurbished by employee volunteers. The laptops are preloaded with a High School Edition of Siemens’ Solid Edge software to assist students with the design of their robot. Other robotics teams can also download Solid Edge High School Edition.

Siemens volunteer mentors from a variety of disciplines will also support the teams with educational talks and technical workshops. Employees will also volunteer as judges at a FIRST Robotics competition.

“The funds made available to teams will allow more students to compete in FIRST programs and potentially represent Canada at the FIRST world championships,” said Mark Breadner, of FIRST Robotics Canada. “Best of luck to all teams and Siemens employees who are serving as mentors.”

FIRST stands for “For Inspiration & Recognition of Science & Technology”.