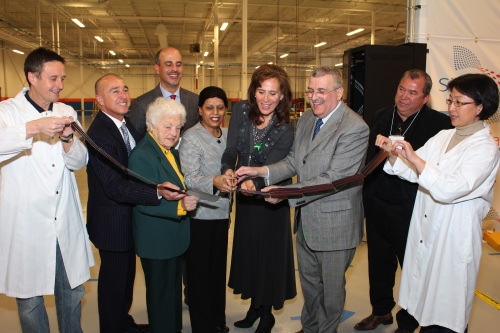 Silfab Ontario has cut the inaugural ribbon at its new plant in Mississauga, Ont., to manufacture high efficiency solar modules in compliance with the domestic content requirements of the Ontario Feed In Tariff program. Under the banner “Just born and already 30,” the grand opening celebrations on April 18 also recognized the 30 years of Photovoltaic experience of Franco Traverso, president and CEO of Silfab and pioneer of PV in Italy since 1981, said the company.

“I inaugurated in Italy, exactly 30 years ago, a company that marked the start of the photovoltaic industry in my country and I now find myself doing the same here,” said Traverso. “Here in Canada I found not just a welcoming environment and ample support from the local, provincial and federal governments, but also superb collaborators and technicians very capable of actively contributing to the success of this entrepreneurial initiative.”

“I am particularly excited to lead another Canadian company able to differentiate itself globally based on a technically superior, valuable and durable product,” added Paolo Maccario, COO and general manager of Silfab Ontario.

The celebrations drew more than 300 guests, said the company, and included guests from Italy and Canada and a funding announcement of $3.3 million by the province of Ontario, as represented by Sandra Pupatello, minister of Economic Development and Trade.

According to Pupatello, the loan will support the first 60MW of production, and by mid-2011, the plant will produce 370,000 modules per year, with the potential to achieve 180 MW of modules, all optimized to have an elevated cell utilization yield over 99%. The Ontario-made solar panels will be distributed throughout North America, said Silfab. 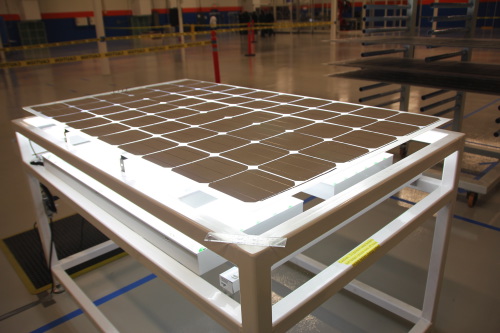